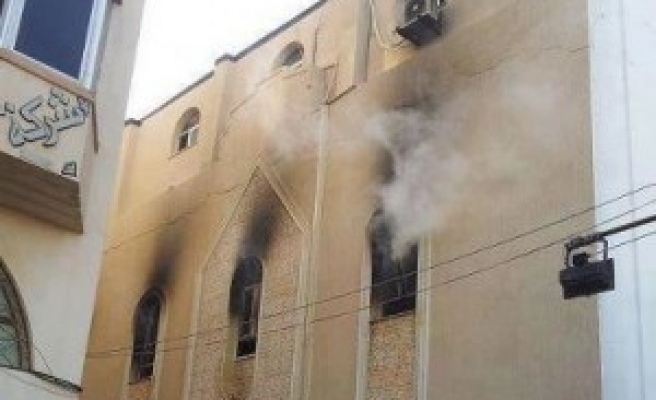 At least thirteen Coptic churches in Egypt were reportedly attacked on Wednesday.

A group of unidentified assailants hurled Molotov cocktails at the churches of Anba Abraam and the Virgin Mary in Deir Mawas in the Upper Egyptian Minya province, causing minor damage to the facades of the two buildings.

Also in Minya, seven Coptic-owned homes were torched in Delga village, along with an Evangelical church in the nearby Abu Hilal area.

A fourth church in Minya, meanwhile, was reportedly besieged by unidentified attackers.

In Fayoum, two churches were ransacked by protesters angered over the forcible dispersal in Cairo of demonstrations in support of ousted president Mohamed Morsi.

A church in the Upper Egyptian province of Sohag was also subject to an arson attack, eyewitnesses said.

Three churches in the canal city of Suez were attacked by angry mobs, leaving one bishop and a number of workers in the churches injured.

Al-Azhar has condemned the wave of attacks on churches, saying such incidents were "religiously forbidden" and served to distort the image of Islam and its teachings.