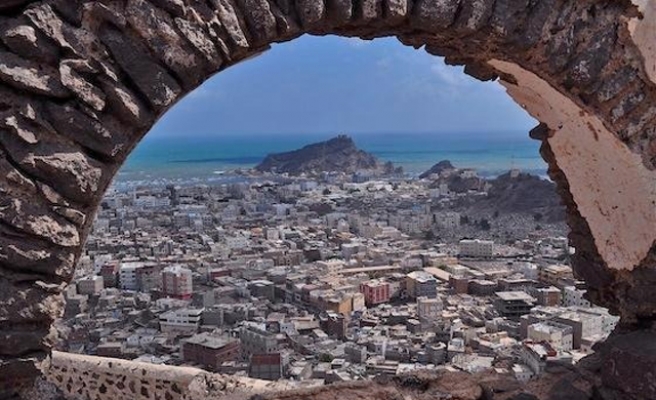 Dozens of unidentified troops landed by sea in Aden in an apparent last-ditch effort by a Saudi-led coalition to shore up a foothold in the southern Yemeni port city after Shi'ite Houthi fighters seized control of its centre on Thursday.

The soldiers arrived in a single vessel a few hours after the Iran-allied Houthis and their supporters swept into the heart of Aden despite an eight-day air campaign led by Riyadh to stem their advances.

The southern port city has been the last major holdout of fighters loyal to the Saudi-backed President Abd-Rabbu Mansour Hadi, who fled Aden a week ago and has watched from Riyadh as the vestiges of his authority have crumbled.

It was not immediately possible to verify the nationality of the troops, but the Saudi-led coalition says it is in control of the waters around Aden. If confirmed as a coalition move, it would be the first reported deployment of ground forces since Saudi Arabia launched the campaign a week ago.