The hope is that a well-organized and equipped moderate opposition force can take advantage of U.S.-led air strikes against ISIL fighters who have taken huge swathes of Syria. 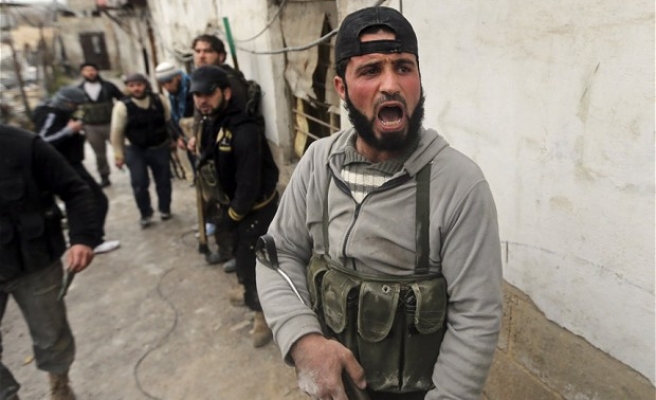 A Western-backed opposition force of around 12,000 to 15,000 will be needed to retake areas of eastern Syria controlled by ISIL militants, the top U.S military officer said on Friday, as the Pentagon outlined the first steps in a U.S.-led training program that could run several years.

The Pentagon said its assessment teams have already arrived in Saudi Arabia to help map out a U.S.-led program there expected to train more than 5,000 Western-backed opposition fighters in the first year.

The hope is that a well-organized and equipped moderate opposition force can take advantage of U.S.-led air strikes against ISIL fighters who have taken huge swathes of Syria.

General Martin Dempsey, chairman of the U.S. military's Joint Chiefs of Staff, cautioned that 5,000 was only a start of a long process toward defeating the group.

"Five thousand has never been the end state ... Twelve to 15,000 is what we believe they would need to recapture lost territory in eastern Syria," Dempsey told a Pentagon news conference.

Congress last week gave temporary approval to the Pentagon's plan to train members of Syria's moderate opposition. The plan is expected to cost $500 million in its first year.

Dempsey's spokesman told Reuters that the 12,000 to 15,000 estimate was developed assuming a two- to three-year time period to train the fighters.

Dempsey said that for the effort to be successful, the Western-backed Syrian opposition would not only need to develop leaders but also "a political structure into which they can hook and therefore be responsive to."

"And that's gonna take some time," he said.

Western-backed opponents of Syrian President Bashar al-Assad fear that the U.S. and Arab air campaign could play into Assad's hands and have been clamoring for heavier weaponry from Washington.

U.S. Defense Secretary Chuck Hagel, speaking at the same news conference alongside Dempsey, assured there was no U.S. military coordination with Assad and that "nothing has changed about our position ... Assad has lost all legitimacy to govern."

Still, in a telling sign of the long road ahead, Hagel acknowledged the United States was still unable to say who the head of the Western-backed opposition would be.

"We don't have a head of it ... We're not gonna instruct them as to who their leaders are. They'll make their own decision," he said.

Speaking about the broader campaign against the ISIL, Hagel cautioned after nearly a week of air strikes in Syria and more than a month of them in Iraq: "This will not be an easy or brief effort."

"We are at the beginning, not the end," he said.