Arms sales to the Gulf states is booming with tension in the Middle East, especially by Saudi Arabia towards Iran is feeding the business with record breaking sales. 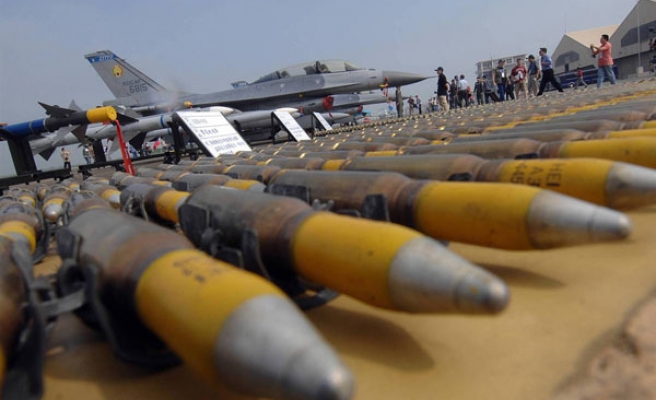 New statistics released by the State Department show that the United States has sold $33 billion worth of weapons to its Gulf allies since May of last year, with more deals in the works as the business of bombing the ISIL continues to boom.

“Consistent with the commitments we made to our Gulf partners at the Camp David summit last May, we have made every effort to expedite sales,” State Department spokesman David McKeeby told Defense News.

Since then, the US State Department has exported everything from attack helicopters to ballistic missile defense systems to precision guided munitions to Gulf Cooperation Council states—that’s Bahrain, Kuwait, Oman, Qatar, Saudi Arabia, and the United Arab Emirates.

GCC states, and Saudi Arabia in particular, worry that a resurgent Iran that is not stagnated by economic sanctions will move to bolster its ailing military, upsetting the regional balance of power.

But where munitions are concerned, the bombing campaigns against ISIL in Iraq and Syria and against Houthi rebels in Yemen are the main drivers  precision weapons and “dumb” bombs alike. In 2015, the U.S. delivered 4,500 precision guided munitions to GCC states, McKeeby says, including 1,500 taken from the U.S. military’s own inventories.

In December, Air Force chief of staff General Mark Welshsaid the U.S. was “expending munitions faster than we can replenish them,” warning of a shortage of precision-guided Hellfire missiles and other munitions. Air Force Secretary Deborah Lee James put it somewhat more bluntly, stating “we’re in the business of killing terrorists, and business is good.”