State media in Syria has reported on the US missile strikes 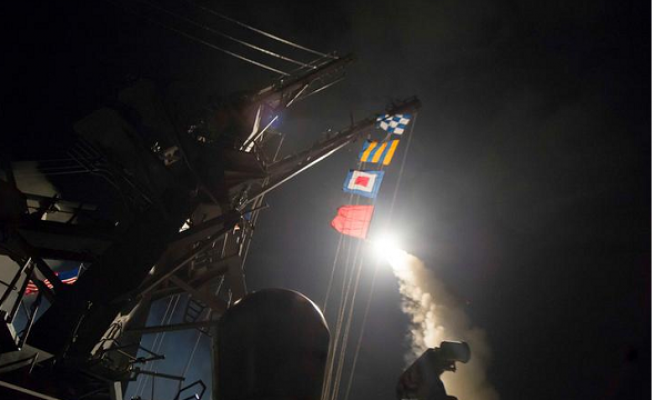 Syrian state television called a US strike on a Syrian airbase an act of aggression on Friday, quoting a military source saying there had been unspecified losses.

"US act of aggression against Syrian military targets, using several missiles," the channel said in a news alert soon after the US announced the strike.

"One of our air bases in the centre of the country was targeted at dawn by a missile fired by the United States, causing loses," the station then quoted a military source as saying. The source provided no further details on the nature of the losses.

"This American aggression follows the slanderous media campaign by some countries... after what happened in Khan Sheikhun," state news agency SANA said, referring to the town in northwestern Syria where a suspected chemical attack killed dozens of civilians this week.