US airstrike killed 'dozens' at Qaeda camp in Yemen

The Pentagon says an American airstrike has killed “dozens of fighters” at what it described an al-Qaeda training camp in a mountainous area of Yemen. 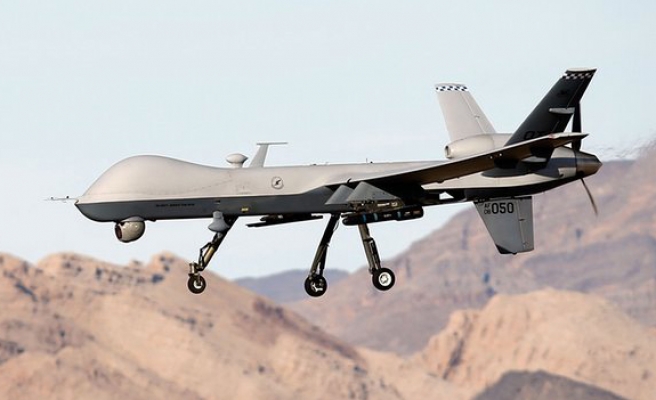 US military planes killed dozens of fighters at an Al-Qaeda affiliate's training camp in a mountainous region of Yemen, the Pentagon said.

"Early this morning, the US military conducted an airstrike against an Al-Qaeda in the Arabian Peninsula training camp in Yemen. The camp was located in the mountains, and was being used by more than 70 AQAP terrorists," Pentagon spokesman Peter Cook said in a statement.

"We continue to assess the results of the operation, but our initial assessment is that dozens of AQAP fighters have been removed from the battlefield."