US artillery based in Jordan target ISIL in Syria 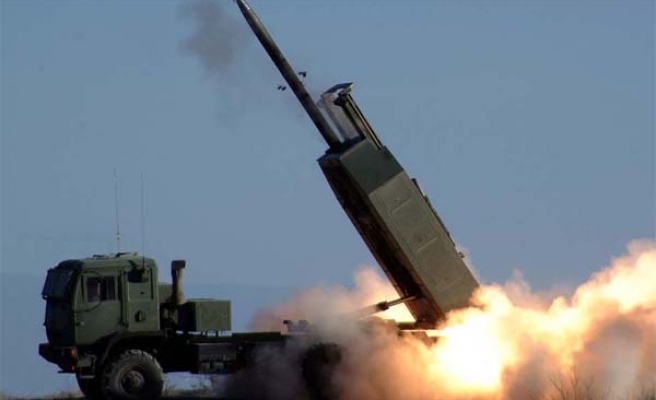 The anti-ISIL coalition recently conducted three land-based artillery rocket strikes for the first time from Jordan into southern Syria in support of fight against the militants, a U.S. defense official said Friday.

Noting the U.S. has been firing the HIMARS strikes out of the Taqaddum and al-Asad airbases in Iraq since last summer, Col. Steve Warren, spokesman for the anti-ISIL coalition, stressed that this “very versatile and flexible weapons system” was a good indicator the U.S. could integrate with southern-based opposition forces.

“We're able to use it as a nice all-weather system, with pin-point accuracy, so it's every bit as accurate as the air-based strikes that we use,” he said.

“And we fully intend to continue leveraging that.” The High Mobility Artillery Rocket System (HIMARS) is a highly-mobile artillery rocket system and can use multiple munition types to strike from up to 321 kilometers (200 miles) away, according to reports.

Though recent strikes were the second coalition operation into the southern city of Al-Tanf, Syria, the latest operation with artillery rockets was the first to be conducted from Jordan.

Three months ago, opposition forces conducted a mortar raid in the city and quietly exited.

“Now, they've actually taken enough that they actually are holding a piece of terrain there in Atompf, so that's good news,” he said.

Warren added that U.S. troops did not accompany the coalition while the strikes were conducted.

Asked whether the U.S. trust the Ahrar al-Sham and Jaysh al-Islam operating in Syria, strong armed opposition groups, Warren said the Pentagon was gaining confidence in both and worked with opposition groups in Syria.

“I do not believe that we are providing the right support to them. We're not allied with those two groups.”