US 'cautious' about Syria deal

Situation on the ground is "difficult" but U.S. has seen 'modest progress', says Obama 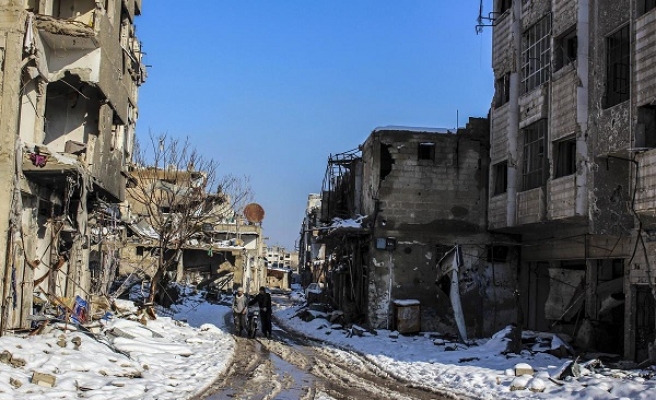 President Barack Obama and Jordan’s King Abdullah met at the White House on Tuesday to discuss the war in Syria.

The situation on the ground is "difficult", but the U.S. has seen "modest progress" in the past week with respect to humanitarian access to populations in Syria, Obama said during a joint press conference with the king.

"We are very cautious about raising expectations on this” Obama said of a “cessation of hostilities” deal in Syria announced earlier this week.

"If, over the next several weeks, we can see some lessening of the violence that's been wracking that country, then that provides us a basis to build a longer-term cease-fire both in the north and the south," he added.

Halting hostilities, he said, would allow the U.S. and its partners, including Russia, to focus on ISIL, "something that right now they [Russia] are not doing and are not focused on".

Obama and Abdullah said going after ISIL and ending the war through a political progress were their top priorities for Syria.

Jordan is a member of the U.S.-led coalition assembled to fight ISIL.

Additionally, Obama said he was "proud" of the economic and military assistance the U.S. has provided to Jordan, adding that the U.S. would sustain financial aid to Jordan to help it deal with the influx of Syrian refugees.

"Considering everything that Jordan is doing essentially for the region and the world, and the strains that this has placed their economy under, I think it's important for them to know that the United States is there every step of the way," he said.

The country estimates the cost of only housing the refugees could reach as high as $4.2 billion in 2016.

Abdullah said efforts to resolve the conflict in Syria are moving in the right direction and characterized as "exceptional " its coordination with the U.S.

The Obama administration has urged all stakeholders of the International Syria Support Group -- part of 17 world and regional nations working to secure a diplomatic solution in Syria -- to abide by the deal, regardless of the level of assistance they're providing.