US concerned about mass death sentence of 183 in Egypt

'It simply seems impossible that a fair review of evidence and testimony could be achieved through mass trials.' 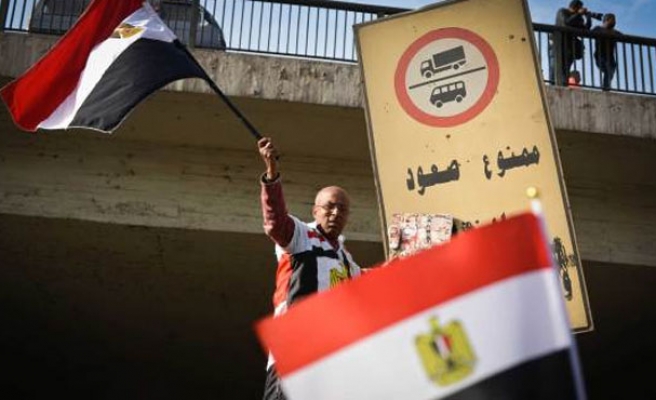 An Egyptian court’s decision to uphold 183 mass death sentences is a matter of concern, the U.S. said Monday.

A court on Monday sentenced 183 defendants to death for their alleged involvement in an attack on a police station in the town of Kerdasa. Eleven policemen were killed in the mid-2013 following the military ouster of then President Mohammed Morsi.

While expressing condolences for the victims of the attack, State Department Spokeswoman Jen Psaki voiced concerns about the fairness of trials.

"It simply seems impossible that a fair review of evidence and testimony could be achieved through mass trials," she said.

She urged the Egyptian government to ensure due process for the accused on the merits of individual cases for all Egyptians.

Last December, the court referred the defendants, many of whom are Morsi supporters and members of the Muslim Brotherhood group, to Egypt's grand mufti, the country's top religious authority, to consider possible death sentences.

The mufti's opinions are not binding on the court, but Egyptian law requires judges to seek a religious point of view before any death sentences are handed down.

The court later commuted the death sentence against one convicted minor to 10 years while acquitting two others. Another two reportedly died in custody.

In late 2013, the government designated the Muslim Brotherhood a "terrorist organization."