As U.S. Secretary of State John Kerry flies to Vienna for talks, some U.S. lawmakers are losing patience with diplomacy. 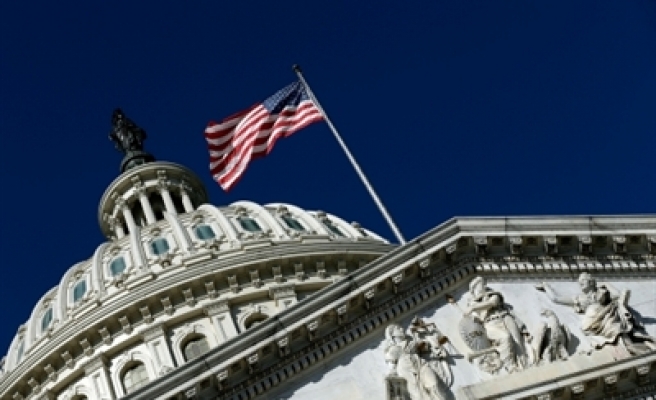 The U.S. Congress will ultimately support an extension of an interim agreement of talks on Iran's nuclear program, lawmakers and congressional aides said, despite calls by Republicans and some Democrats to abandon negotiations and return to tough sanctions to deter Tehran from building a nuclear bomb.

As U.S. Secretary of State John Kerry flies to Vienna for talks this weekend by six world powers and Iran to complete a deal aimed at stopping Tehran from producing weapons-grade uranium, some U.S. lawmakers are losing patience with diplomacy.

They want a tougher approach, threatening to impose stiffer sanctions without concessions, beyond what analysts expect Iran would accept. Many Republicans say they fear the White House will concede too much in order to claim a foreign-policy victory.

But influential Senate Democrats support extending the talks beyond a July 20 deadline. Since the party controls the Senate, its leaders can block any legislation that might close them down.

"I'm really convinced this negotiation must continue to the end," said California Democrat Dianne Feinstein, a four-term senator who chairs the Senate Intelligence Committee. The possibility of a six-month extension was part of the interim agreement.

Accepted in November and implemented in January, the six-month deal included limited sanctions relief, such as allowing Iran to recover $4.2 billion in oil revenues frozen in foreign accounts. The intention was to buy time for talks on a long-term agreement.

Senate Majority Leader Harry Reid did not allow a vote on Menendez-Kirk even though it was co-sponsored by 60 senators, after the administration insisted it would threaten cooperation with other world powers in the talks if it did not cause Iran to walk away altogether.

House and Senate aides said they expected Obama's strongest Democratic allies would back an extension even if it contained additional moderate sanctions relief as long as the administration made clear the negotiations had made progress.

Senate aides said Reid would not allow a vote on any legislation seen as detrimental to the talks. A spokesman for Reid did not respond to a request for comment.

If Tehran and the United States, Russia, France, Germany, China and Britain agree to an extension, congressional opposition would be vocal, especially if sanctions were eased before Iran signed off on stiff reductions in its nuclear capacity.

Hawks in Congress have been worried the interim pact would open the floodgates to trade, weakening the sanctions regime, but the sanctions have remained intact. Trade delegations have visited Tehran, but only to talk about possible future deals, which analysts said disappointed Iran.

"The (U.S.) Treasury Department has done a very good job at reinforcing fears around the world about sanctions violations and sanctions evasion," said Robert Einhorn of the Brookings Institution, a former U.S. negotiator. "And so companies have erred on the side of caution and not concluded new deals."

Members of Congress from both parties said they would be comfortable with just one extension of six months or less. U.S. officials said one possibility was continuing until the U.N. General Assembly in September, when ministers from the negotiating countries will be in New York.

Some hawkish lawmakers are already writing legislation to impose more sanctions on Tehran. Nearly 80 percent of the House signed a letter to Obama this week demanding close consultations with Congress on Iran.

"If (the deal) falls apart, there should be another round of sanctions," Kirk, an Illinois senator, told Reuters. He dismissed concerns that more sanctions would limit negotiators' flexibility.

Menendez, who represents New Jersey, said he would wait before deciding how to respond.