US court invalidates passport law on status of Jerusalem

An estimated 50,000 American citizens were born in Jerusalem and could have used the law, if it were enforced, to list Israel as their birthplace. 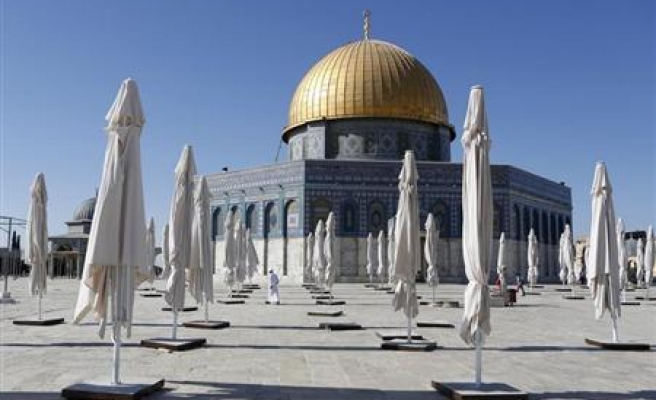 A federal appeals court on Tuesday invalidated a U.S. law that was designed to allow American citizens born in Jerusalem to have Israel listed as their birthplace on passports.

The unanimous ruling by the three-judge panel of the U.S. Court of Appeals for the District of Columbia Circuit upholds a long-standing U.S. foreign policy that the president - and not lawmakers - have sole authority to say who controls the historic holy city claimed by Israelis and Palestinians.

In the U.S. government, the president "exclusively holds the power to determine whether to recognize a foreign sovereign," wrote Judge Karen Henderson for the panel.

Since the founding of Israel in 1948, U.S. presidents have declined to state a position on the status of Jerusalem, leaving it as one of the thorniest issues to be resolved in possible future peace talks.

The State Department, which issues passports and reports to the president, has declined to enforce the law passed by Congress in 2002, saying it violated the separation of executive and legislative powers laid out in the U.S. Constitution.

When President George W. Bush signed the law, he said that if construed as mandatory rather than advisory, it would "impermissibly interfere" with the president's authority to speak for the country in international affairs.

An estimated 50,000 American citizens were born in Jerusalem and could have used the law, if it were enforced, to list Israel as their birthplace.

While Israel calls Jerusalem its eternal and indivisible capital, few other countries accept that status. Most, including the United States, maintain their embassies to Israel in Tel Aviv.

Palestinians want East Jerusalem, captured by Israel in 1967, as capital of the state they aim to establish in the West Bank and Gaza Strip, alongside Israel.