U.S. Ambassador to the United Nations Samantha Power wrote: "The Syrian regime has shown that it cannot and will not confront these safe havens effectively itself." 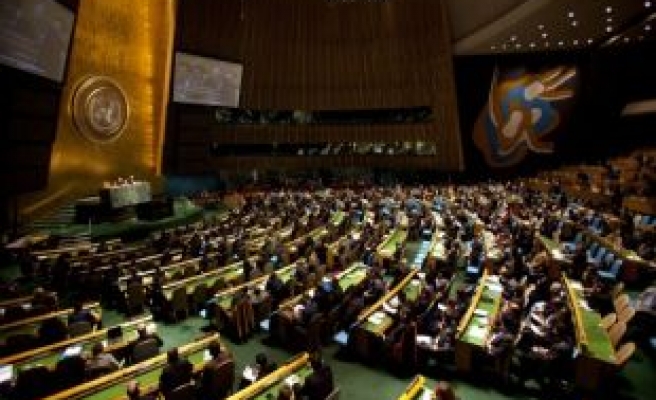 The United States told the United Nations on Tuesday it led airstrikes against ISIL militants in Syria because President Bashar al-Assad's government had failed to wipe out safe havens used by the group to launch attacks on Iraq.

In a letter to U.N. Secretary-General Ban Ki-moon, U.S. Ambassador to the United Nations Samantha Power wrote: "The Syrian regime has shown that it cannot and will not confront these safe havens effectively itself."

The strikes were needed to eliminate a threat to Iraq, the United States and its allies, she wrote, citing Article 51 of the U.N. Charter, which covers an individual or collective right to self-defense against armed attack.

"States must be able to defend themselves ... when, as is the case here, the government of the state where the threat is located is unwilling or unable to prevent the use of its territory for such attacks," Power wrote in the letter obtained by Reuters.

"Accordingly, the United States has initiated necessary and proportionate military actions in Syria in order to eliminate the ongoing (ISIL) threat to Iraq," she wrote, adding that action was taken also against al Qaeda elements in Syria known as Khorasan "to address terrorist threats that they pose to the United States and our partners and allies."

Ban circulated the letter to the U.N. Security Council, diplomats said. Under Article 51, the 15-member body must immediately be informed of any action states take in self-defense.

The United States and Arab allies bombed Syria for the first time on Tuesday, killing scores of ISIL fighters and members of a separate al Qaeda-linked group, opening a new front against militants by joining Syria's three-year-old civil war.

Iraq notified the Security Council in a letter on Saturday of its request for the United States to lead efforts to strike ISIL strongholds because, it said, a safe haven for the militants in Syria had made its border "impossible to defend."

In the letter, Iraqi Foreign Minister Ibrahim al-Jaafari wrote that the safe haven for the group outside Iraq's borders was "a direct threat to the security of our people and territory." His letter did not identify Syria by name.

Power wrote in her letter to Ban on Tuesday that the Iraqi government asked the United States "to lead international efforts to strike (ISIL) sites and military strongholds in Syria in order to end the continuing attacks on Iraq."