US deploys ground troops in Syria 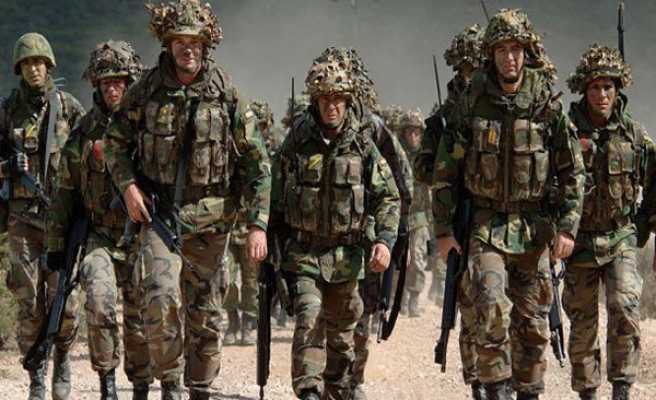 Spokesman Josh Earnest maintained that the American troops will not take part in a combat mission, but acknowledged that those being sent to Syria will face significant risks.

“If we were envisioning a combat operation, we probably would be contemplating more than 50 troops on the ground,” he said, adding, “This is a dangerous place on the globe and they are at risk, and there's no denying that.”

The troops will be advising Syrian Arab, Turkmen and Kurdish forces, according to a Defense official who spoke on condition of anonymity because the official was not authorized to publicly comment on the matter.

The announcement marks the first time U.S. forces will be openly committed to the ground war in Syria. It follows a meeting between President Barack Obama and senior Defense officials, including Secretary Ashton Carter, at the Pentagon in July. During the meeting, Obama asked for a broader set of options to bolster U.S. efforts to combat ISIL in Iraq and Syria.

Previous Syria operations were made ad hoc, and were limited in nature to either target ISIL operatives or rescue the extremist group’s captives.

The policy shift comes as key Syria ally Russia has begun a considerable air campaign in the country, which it says is devoted to fighting extremist groups, but which the U.S. and others say has also targeted moderate forces opposed to Syrian President Bashar al-Assad’s government.

Earnest downplayed the possibilities that Russian warplanes will bomb American troops, saying that "there is a low likelihood that they would come into conflict" because Russia's bombing campaign "has been focused almost exclusively on those areas of Syria where ISIL fighters are not present".

He did not say how long the troops would stay in Syria, noting instead that the U.S.-led anti-ISIL campaign “is not a short-term proposition.”

The unnamed Defense official said that the troops, which will be deployed in the coming weeks, will stay in Syria for 60 days at most. They will not direct U.S. airstrikes, the official said, noting that they will be stationed at an unspecified Syrian opposition group's headquarters.

President Barack Obama spoke with his Iraqi counterpart, Haider al-Abadi, on Friday to discuss Iraq’s political and security situation and its ongoing battle with ISIL, which controls significant parts of northern and western Iraq.

During their call, Earnest said the leaders addressed new U.S. efforts “to intensify” the U.S.-led campaign against ISIL.

Washington is heading a coalition of more than 60 nations.