US embassy in Sanaa attacked with missile 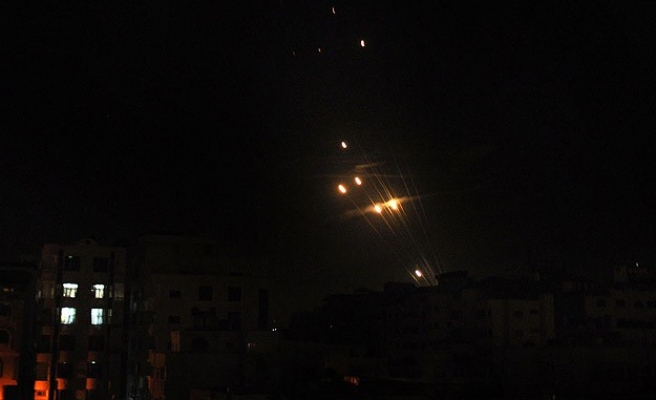 A militant group affiliated with Al-Qaeda on Saturday claimed responsibility for a rocket attack on the headquarters of the U.S. embassy in northern Sanaa.

The Ansar Al-Sharia movement said the attack had caused injuries among soldiers deployed to guard the embassy headquarters.

It added in a statement on Twitter that the attack also damaged an armored vehicle.

Anadolu Agency could not, however, verify claims about these losses.

Ansar Al-Sharia said it launched its attack on the U.S. embassy in retaliation for a U.S. drone attack on a number of women and children in the northern Yemeni province of Al-Jawf late on Friday.

Two Al-Qaeda suspects were killed late on Friday, while three children injured by a drone attack in the northern Yemeni province.

Neither has the U.S. embassy in Sanaa nor the Yemeni government commented on the rocket attack yet.

The attack comes only one week after Shiite Houthis had controlled the Yemeni capital and signed a political partnership agreement with the presidency.

Sanaa fell in the hands of the Houthis after almost three weeks of protests and confrontations with army troops and policemen.

Yemen has been dogged by political turmoil since the 2012 ouster of longtime ruler Ali Abdullah Saleh.