US enrols 'dozens' of Syrian rebels in new training program

The US is training “dozens” of rebels to battle ISIL in Syria, hoping to fix mistakes that swamped the Pentagon’s previous multimillion dollar effort that was either lost or ended up in terrorist hands 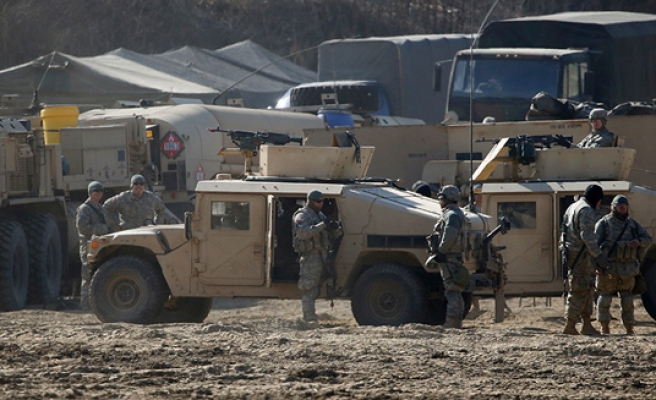 The US military is currently working with "dozens" of Syrian rebels under a revamped train-and-equip program implemented after a much-criticized initiative collapsed last year, an official said Friday.

The Pentagon drew heavy fire last October after admitting its $500-million efforts to train entire units of "moderate" Syrians to fight ISIL had floundered, with numbers of trainees falling massively short of the planned 5,000 or so.

Recruitment was slow, in particular because the rebels had to pass stringent background checks to weed out extremists and many objected to being forced to pledge to fight only the ISIL group and not President Bashar al-Assad's regime.

One group even handed over ammunition and other gear to a local Al-Qaeda affiliate, known as the Al-Nusra Front.

The Pentagon created a new program to replace the failed effort.

Instead of trying to pull entire rebel units from the front lines, train them and send them back again, the US military is now working with just a handful of members from each group.

"If you have a highly trained individual here, well, the man on his left and right are going to benefit from his great training," Baghdad-based US military spokesman Colonel Steve Warren told Pentagon reporters.

"For the price of training one, you've got three who are better, and maybe even more than that. So, that's kind of what we're looking at doing here."

Warren declined to say how many Syrians had been trained, saying only that it was "dozens."

Since October, the US military has also sent about 50 special operations forces into Syria to work with local militias fighting the IS group.

Much of the attention is being focused on the Syrian Democratic Forces, a largely Kurdish coalition that has scored some significant gains against IS fighters.

The CIA has also been involved in training Syrian rebels, though the secretive agency has not officially provided any details of its efforts.

More than 270,000 people have been killed since Syria's conflict erupted in March 2011 and millions more have fled their homes.

The United States has since August 2014 been leading a coalition attacking IS fighters-- primarily through air strikes -- in Iraq and Syria.