Secretary of State Hillary Clinton said on Saturday the United States and Turkey were looking at all measures to help Syrian rebel forces fighting to overthrow President Bashar al-Assad, including a no-fly zone. 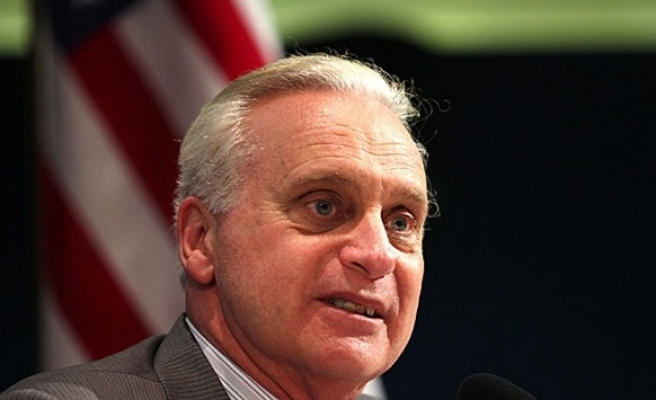 There are serious legal and practical obstacles to setting up a bufferzone or a no-fly zone in Syria, Turkish newspapers on Wednesday quoted the U.S. ambassador toAnkara as saying, after the two countries discussed the issue at the weekend.

Secretary of State Hillary Clinton said on Saturday the United States and Turkey were looking at all measures to help Syrian rebel forces fighting to overthrow President Bashar al-Assad, including a no-fly zone.

A NATO-led no-fly zone and bombing campaign helped Libyan rebels overthrow Muammar Gaddafi last year. But the United States and its European allies have been reluctant to take an overt military role inSyria's 17-month-old conflict.

U.S. Ambassador Francis Ricciardone said in a briefing with local newspapers that issues such as setting up a no-fly zone or a buffer zone in Syria were easy to discuss but hard to realise.

"Of course we should evaluate these issues. However, our discussions of these issues with Turkeyshould not suggest we are making commitments to set up these zones," Ricciardone was reported as saying by the daily Taraf.

"There are serious legal and practical obstacles on this issue," he was quoted as saying. An official transcript of his comments, which were published by several papers in Turkish, was not immediately available.

"We will work on the subjects of a transition phase and buffer zone within the U.N. Security Council in line with international law," he was reported as saying.

Clinton had told reporters after talks with Turkish Foreign Minister Ahmet Davutoglu on Saturday that their countries needed to get into detailed operational planning on how to assist the rebels and bring a halt to the violence.

Asked if discussions included options such as imposing a no-fly zone over territory that Syrian rebels claim to control, Clinton indicated that was a possible option.

The rebels are believed to be getting weapons from Saudi Arabia and Qatar, but only non-lethal assistance from the United States.