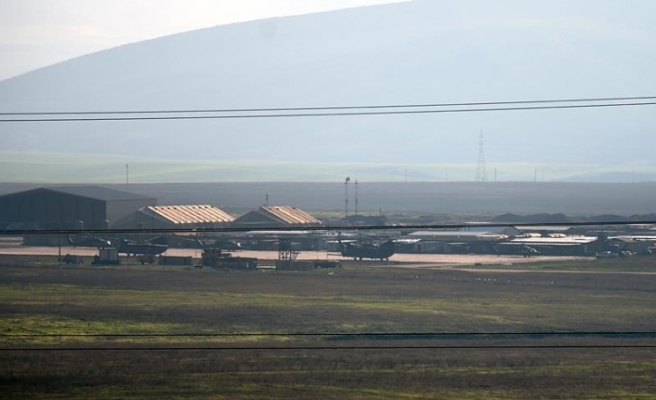 Following its surprise decision last week to withdraw its troops from Syria, the first U.S. military warehouse near the Iraqi border was evacuated on Friday.

According to a reliable local source, the U.S. forces vacated a warehouse in Malikiye in the northeast al-Hasakah province.

Hummer armored vehicles and trucks from the 400-square-meter (4,306 square foot) warehouse -- around which some 50 U.S. troops were based -- were sent to Iraq.

The U.S. troops based around the warehouse also left for Iraq.

The warehouses have served as hubs for the distribution of U.S. materiel to the terrorist group YPG/PKK in northern Syria through Iraq.

Turkey has long objected to U.S. support for the YPG/PKK, arguing that supporting one terrorist group (the YPG/PKK) to fight another (Daesh) terrorist organization makes no sense.

Washington's military presence in Syria has included some 18 military bases.

President Donald Trump last week made a surprise announcement that the U.S. would withdraw its troops from Syria. His decision followed a phone call with Turkish President Recep Tayyip Erdogan in which the two leaders agreed on the need for more effective coordination over the civil war-torn country.

In its more than 30-year terror campaign against Turkey, the PKK -- listed as a terrorist organization by Turkey, the U.S. and the EU -- has been responsible for the death of some 40,000 people, including women and children. The YPG is its Syrian branch. (AA)