The pace of future strikes will vary and depend on available targets, U.S. official said 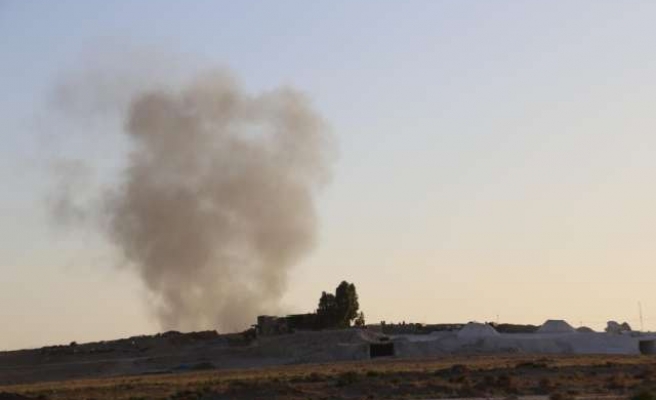 The United States and Arab allies will wage a persistent air campaign against ISIL targets in Syria, but the pace of future strikes will vary and depend on available targets, U.S. officials told Reuters on Tuesday.

The officials, speaking on condition of anonymity, estimated that just over 20 targets were hit in Syria in the first day of bombings earlier on Tuesday that targeted ISIL fighters and a separate al Qaeda-linked group.

U.S. airstrikes against ISIL forces had previously been restricted to targets in Iraq.

Prime Minister David Cameron may announce as early as Wednesday that Britain is ready to join air strikes against ISIL in Iraq and that he plans to seek parliament's approval for such action, government sources said on Tuesday.

Cameron is due to set out his position in a speech to the U.N. General Assembly in New York on Wednesday night at which he will call on the world to unite to destroy ISIL, whom he has said are planning to attack Britain.

The decision to strike in Iraq would be at Baghdad's request.

Cameron hasn't yet decided whether Britain would take part in strikes against IS targets in Syria because of legal issues, one source familiar with the matter said, and any announcement on Iraq would be to join strikes in principle and not herald immediate action.

On Tuesday, the British leader's office said he supported overnight air strikes by the United States and allies on IS targets in Syria. He has previously said he supports similar U.S. action in Iraq.

"The prime minister will be holding talks at the United Nations in New York over the next two days on what more the UK and others can do to contribute to international efforts to tackle the threat we all face from (IS)," his office said in a statement.

"The UK is already offering significant military support, including supplying arms to the Kurds as well as surveillance operations by a squadron of Tornadoes and other RAF aircraft."

Britain was quick to join U.S. military action in Afghanistan and Iraq a decade ago. But a war-weary public and parliament's rejection last year of air strikes on Syria have made Cameron wary.

He also had to prioritise Scotland's independence referendum last Thursday over possible action.

Cameron would need to recall parliament, which is in recess, to put proposed air strikes to a vote. Politicians in the opposition Labour party, which voted against strikes on Syria last year, have suggested they would support action this time.

"Legally it is very straightforward as far as Iraq is concerned, because this is at the request of the sovereign government so there's no issue of legality," Straw told BBC radio, saying strikes on Syria would be legally trickier.

Douglas Alexander, Labour's foreign affairs spokesman, said his party backed U.S. and Arab strikes overnight, but sources close to the party said it would only definitively make up its mind when it saw the text of a resolution from Cameron.

A few months ago, the British government was not actively considering air strikes. But the murder of a British aid worker by an IS militant with a British accent has highlighted the danger the group poses to Britain's domestic security.