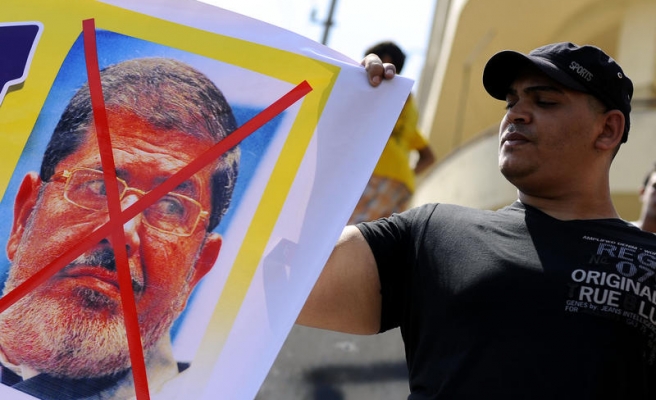 The U.S. government has been quietly funding anti-Muslim Brotherhood political activists in Egypt for the past few years, Al Jazeera reports in a story being touted as an exclusive.

The report comes just days after Egypt's Muslim Brotherhood-backed president Mohammed Morsi was ousted from office by the Egyptian army.

According to the Qatar-based news organization, the funding of Morsi's political opponents was part of a "wider Obama administration effort to try to stop the retreat of pro-Washington secularists, and to win back influence in Arab Spring countries that saw the rise of Islamists, who largely oppose US interests in the Middle East."

The money is funneled through groups such as the Democracy, Human Rights and Labor (DRL), The Middle East Partnership Initiative (MEPI), and USAID to non-governmental groups such as International Republican Institute, the National Democratic Institute (NDI), and Freedom House.

The network also reports that the funding may have broken U.S. law that prohibits the use of taxpayers' money to fund foreign politicians or to fund subversive activities that target democratically elected governments.

Among the alleged recipients of this money is Colonel Omar Afifi Soliman, a former Mubarek-era police officer, who currently lives in the U.S. with asylum. Al Jazeera reports that Soliman has used Facebook to incite violence a number of times. Here's an excerpt of one alleged post from Soliman from Al Jazeera:

"Make a road bump with a broken palm tree to stop the buses going into Cairo, and drench the road around it with gas and diesel. When the bus slows down for the bump, set it all ablaze so it will burn down with all the passengers inside … God bless."

Al Jazeera lists a number of other recipients, some of whom have advocated violent political change and others who are some of Egypt's richest citizens.