US intelligence drone crashes in Yemen

Unmanned aircraft crashed in the Wadi Abida district of the central province of Marib, a major battleground between Iran-backed rebels and loyalists of President Hadi 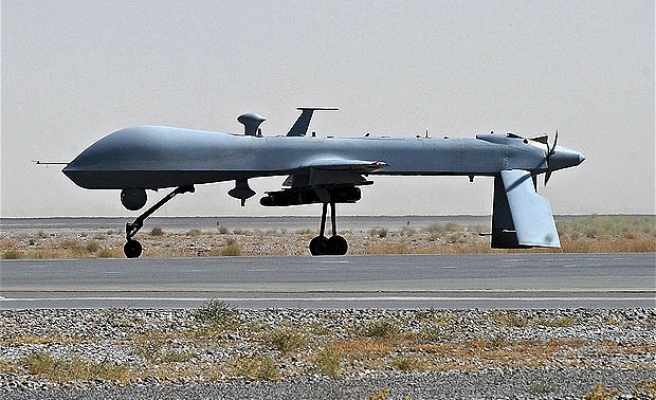 A reconnaissance drone, presumed to be American, has crashed in Yemen where Washington has waged a sustained drone war against Al-Qaeda, a local tribal leader said.

The unmanned aircraft crashed in the Wadi Abida district of the central province of Marib, a major battleground between Iran-backed rebels and loyalists of President Abedrabbo Mansour Hadi, and the rebels said they shot it down.

"The aircraft was not armed with missiles," tribal leader Moajeb al-Maribi said, without elaborating on what brought it down.

Washington operates armed as well as reconnaissance drones over Yemen for its campaign against Al-Qaeda in the Arabian Peninsula, which it regards as the armed group network's most dangerous branch.

The rebel-controlled Saba news agency said the drone had been shot down by the rebels and their allies -- renegade troops still loyal to Hadi's ousted predecessor Ali Abdullah Saleh.

"The heroes of the army and the popular committees shot down a hostile drone in Wadi Abida district on Monday evening," it said.

Loyalist forces and allied troops from a Saudi-led coalition control the city of Marib but the surrounding province has seen protracted fighting with the rebels and their allies.

Al-Qaeda also has a longstanding presence in the province.