US lawmakers seek end to US aid for Saudi's Yemen war 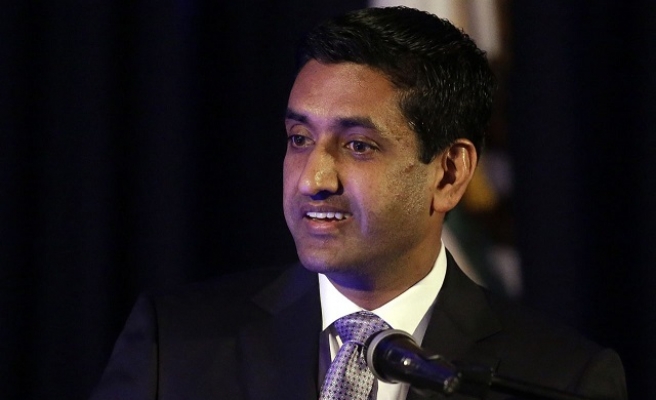 A group of Republican and Democratic lawmakers are seeking to end Washington’s support for a Saudi Arabian-led military campaign in Yemen that has created a humanitarian catastrophe in the Arab world’s poorest nation.

Rep. Ro Khanna is one of four original sponsors of the bill that would end U.S. aerial refueling support and intelligence sharing for the Saudi coalition on the grounds that Congress never authorized the assistance.

“Why are we funding and involved in a proxy war between Saudi Arabia and Iran, and a war against the Houthi regime? There is no U.S. interest there,” Khanna told Anadolu Agency in an exclusive interview.

While U.S. support for Riyadh's coalition would cease under the proposed legislation, U.S. counterterrorism actions could continue unhindered.

The bill points to a 2016 State Department report that said the conflict "is counterproductive to ongoing efforts by the United States to pursue Al Qaeda and its associated forces". Those efforts are covered by a 2001 law that authorized military force against the terror group and supporting actors. But support for Riyadh's mission is not.

Saudi Arabia launched its offensive in 2015 under the claim of rolling back Houthi militia military gains after the group overran large swathes of the country, including the capital Sanaa, forcing the government to set up an interim capital in the coastal city of Aden.

The bombing campaign in support of President Abdrabbuh Mansur Hadi has led to a widespread international outcry. Hadi was forced to flee Aden for Saudi Arabia as fighting approached the southern port city but has since returned.

The Saudi-led offensive has led to more than 14,000 civilian casualties and caused one of the worst cholera outbreaks in modern history.

More than 750,000 cases of the disease have been recorded since April, according to international charity organization Oxfam, that said the number could surpass 1,000,000 by November.

"The ruthlessness with which the Saudis are conducting this campaign makes it a particular humanitarian catastrophe,” Khanna said.

“The bombing of thousands of civilians, the outbreak of famine and cholera. This is not the way the United States does business. And if Saudi Arabia is engaged in such horrific crimes against humanity we should have nothing to do with it,” he added.

Compounding the country’s misery, Saudi Arabia has imposed a blockade on rebel-held areas, stifling delivery of international humanitarian assistance, including from Washington.

In particular, Saudi Arabia has blocked delivery of four cranes from the U.S. Agency for International Development meant to stand in for equipment the Saudi coalition bombed in August 2015 at the port of Hodeida.

Under U.S. law, any country that blocks the transit of U.S. humanitarian assistance is prohibited from receiving U.S. aid unless the president certifies it is in the U.S. national security interest to continue delivery to the blocking nation.

Khanna said his bill presents an easier way to challenge the Saudi campaign than pursuing that law, as it would be able to circumvent the normal committee process under the War Powers Act, and instead go straight to the House floor.

While the U.S. has frequently given lip service to condemning Saudi Arabia’s litany of rights violations, it has been reticent to follow through with penalties.

Khanna’s bill could change that, though it faces an uncertain future in the Republican dominated chamber ahead of a vote expected next week.

So far, 22 co-sponsors have signed on in support of the legislation, but only two are Republicans.

Even if it does not pass the House, Khanna is adamant that at the very least members of Congress should go on record whether they support military assistance for the Saudi campaign.

The bill “is reasserting Congress’ right on matters of war and peace,” the California Democrat said. “Every member of Congress should vote on issues of whether the United States ought to be intervening in foreign affairs militarily. And this will do that.”