In Iraq, the strikes against ISIL were concentrated on the oil-producing north and included 13 near Kirkuk and seven near Mosul 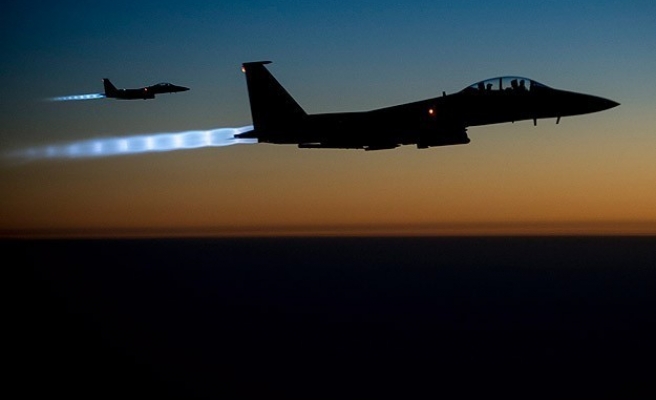 U.S.-led forces conducted six air strikes against ISIL militants and one against the 'Khorasan Group' in Syria since Monday and 24 air strikes in Iraq during the same period, the U.S. military said.

In Syria, the military said on Wednesday that five strikes by U.S. and partner forces hit near Kobani, the contested border city near Turkey that ISIL militants are fighting to control. Those damaged three buildings and hit two tactical and one large ISIL unit, U.S. Central Command said.

A crude oil collection point operated by ISIL militants was damaged in a separate strike southeast of Hasaka, it added.

In northwest Syria near Haram, a strike "destroyed a storage facility associated with a network of veteran al Qaeda operatives, sometimes called the 'Khorasan Group,' whose members are plotting external attacks against the United States and its allies," the statement said.

In Iraq, the strikes against ISIL were concentrated on the oil-producing north and included 13 near Kirkuk and seven near Mosul. Centcom said the strikes destroyed several fighting positions, staging areas, two buildings and four vehicles and damaged an IED factory.

Three separate air strikes hit near Baiji and one near Falluja in Iraq, Centcom said.

Partner nations participated in strikes in both Syria and Iraq, it said.