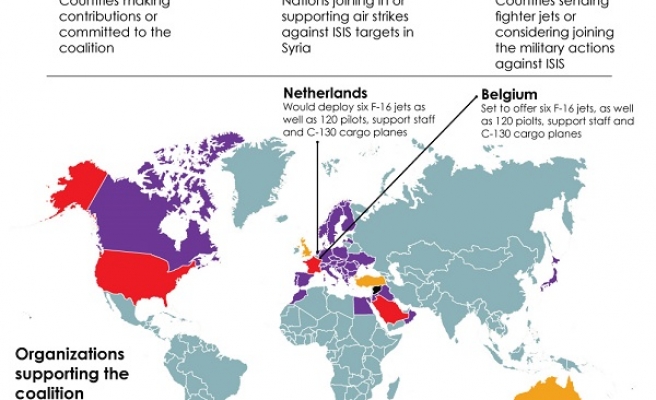 World Bulletin / News Desk
At least nine civilians were killed Sunday when U.S.-led coalition warplanes bombed a village near Qamishli city in an anti-ISIL operation, an opposition group has claimed.

The Syrian Local Coordination Committee said in a statement that bombs hit Zalak village in north-eastern Syria, near the Turkish border. Nine civilians were killed in the strike, the committee said without giving other details.

Separately, the Syrian Revolution General Commission said in a statement that in the south of Haseke and Qamishli cities severe clashes between Kurdish fighters and the Islamic State of Iraq and the Levant militants are taking place.

Syria has been gripped by constant fighting since the regime launched a violent crackdown in response to anti-government protests in March 2011, triggering a conflict, which has spiraled into civil war and left more than 190,000 killed, according to U.N. figures published in August 2014.

A U.S.-led International coalition has been striking ISIL targets since mid-September 2014, aiming to help the Iraqi government and Kurdish fighters in Syria fighting the extremist organization.