The coalition, which nominally includes more than 60 nations, has been keen to keep its distance with the Hashed al-Shaabi, a paramilitary organisation dominated by Tehran-backed Shiite militias. 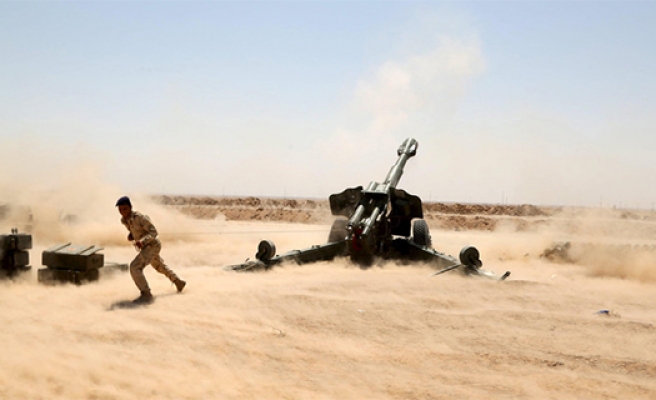 The US-led coalition assisting Iraqi forces in their war on the ISIL group on Sunday praised the militias involved in the fighting, despite some of those groups' links to Iran.

But the commander of the coalition battling IS in Iraq and Syria, Lieutenant General Stephen Townsend, had rare words of praise for them in a statement coinciding with the launch on Sunday of an offensive on the west bank of Mosul.

"The entire Coalition salutes and wishes God's blessings on the brave Iraqi soldiers, police and militias who today are fighting to liberate their country and make the region and the world a safer place," Townsend said in a coalition statement.

The Hashed al-Shaabi forces have played a key role in the fight against IS since the extremists seized around a third of Iraq in 2014.

However their links to Iran and allegations of rights abuses against them have meant that the coalition has refrained from any direct support, focusing its assistance on the army, the police and elite forces.

In the four-month-old operation to retake Mosul, IS's last major bastion in the country, Hashed forces have operated mostly on a remote desert front southwest of the city.

Their forces have retaken swathes of land and dozens of villages in an effort aimed at surrounding extremists holed up in the town of Tal Afar and cutting off supply lines between Mosul and the Syrian border.

"Mosul would be a tough fight for any army in the world, and the Iraqi forces have risen to the challenge," Townsend said in the statement.

"They have taken the fight to the enemy and sacrificed their blood for the people of Iraq and the rest of the world," he said.