At least seven civilians killed by airstrikes, according to local sources 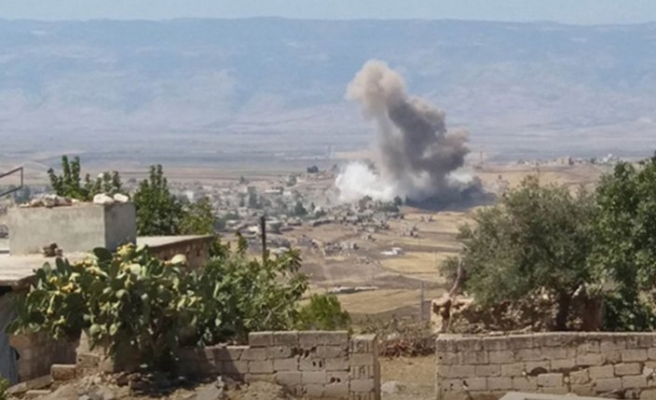 "At least seven civilians were killed by the bombing," one source told Anadolu Agency on Thursday.

According to local sources, the mosque was severely damaged by the bombardment.

Last week, at least 30 civilians were killed, including two children, when a coalition airstrike destroyed the Ammar bin Yasser Mosque in the town of Al-Sousa on Deir ez-Zor’s outskirts.

Another 16 were killed in a similar attack on the Uthman ibn Affan Mosque -- in the same town -- last Friday.

Along with the Hajin district, Daesh remains in control of Deir ez-Zor’s towns of Al-Shaafah and Al-Sousa, in addition to the villages of Muhsin and Bukhater.

On Sept. 11, the PKK/YPG terrorist group, with U.S. and French support, launched an offensive aimed at capturing Deir ez-Zor from Daesh.