US may not protect trained Syrian fighters against Russia

‘We can't protect everyone from everything, but as these forces engage ISIL, we are there with them to help destroy ISIL,” says Col. Warren 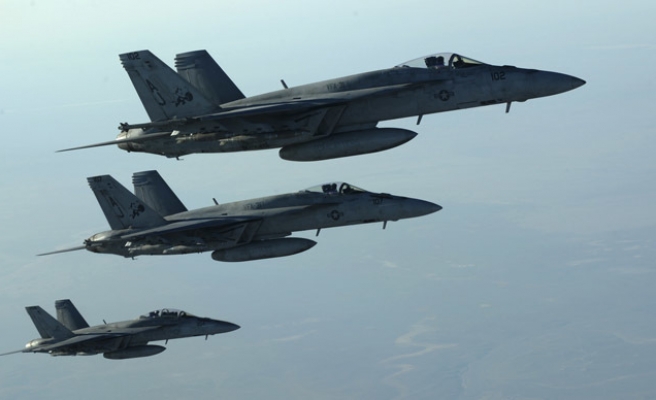 The U.S. will not guarantee the protection of Syrian trained fighters against Russian airstrikes, a defense official said Thursday.

“It's a war there, so, I mean, we can't protect everyone from everything, but as these forces engage ISIL, we are there with them to help destroy ISIL,” according to Col. Steve Warren, spokesman for the Combined Joint Task Force Operation Inherent Resolve.

The focus of the trained groups is to fight ISIL, Warren said, and as long as they go after the militants, the coalition would provide support in the form of airstrikes.

He implied that If the fighters decide to break away from the stated mission and engage other groups or even go after Assad, they would be essentially on their own.

The U.S. has questioned the real targets of Russian strikes, suggesting they may be aimed at anti-Assad opposition groups.

Warren insists Russian airstrikes would not affect coalition efforts there but since Moscow began air operations, coalition airstrikes have decreased.

The coalition conducted four airstrikes in Syria on Tuesday and just one Wednesday. None were carried out Thursday, raising the question of whether the coalition has cleared the airspace to Russia.

There are also reports that the Syrian regime asked the coalition to suspend airstrikes in Syria.

Rejecting the noting of coordinating with Assad, Warren said the coalition would never communicate with the Syrian regime.

“I'd like to remind you that Assad is washed in blood. His hands are drenched in the blood of civilians, his own people. He barrel bombed them, he's done chemical weapon strikes against them, he starved them,” he said. “So we don't communicate with the Syrian government here at the Joint Task Force at all. We have nothing to say to the Syrian government,” he added.

‘We can't protect everyone from everything, but as these forces engage ISIL, we are there with them to help destroy ISIL,” says Col. Warren.