Britain has also said it wants stronger international pressure on Syria but has ruled out military intervention. 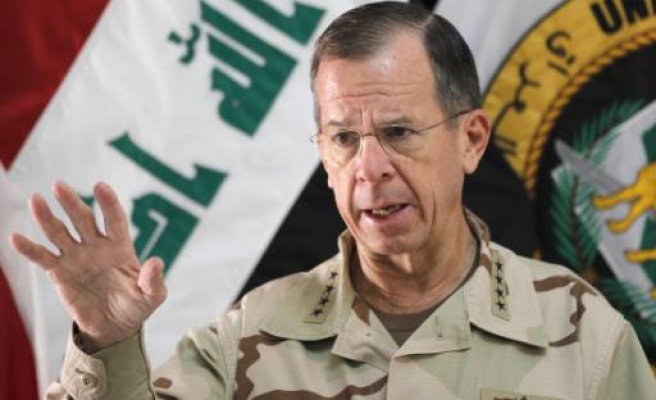 The top U.S. military officer called on Tuesday for a swift end to violence in Syria but said direct U.S. involvement was unlikely beyond diplomatic pressure on President Bashar al-Assad to implement reforms.

"With respect to Syria we decry the violence and the violence needs to stop as quickly as possible," Admiral Mike Mullen, chairman of the Joint Chiefs of Staff, told reporters at the end of a visit to Iraq.

"There's no indication whatsoever that the Americans are, that we would get involved directly with respect to this. I think politically and diplomatically, we want to bring as much pressure as we possibly can to effect the change that so many countries are calling for."

Britain has also said it wants stronger international pressure on Syria but has ruled out military intervention.

Assad has cracked down on demonstrators protesting against his rule, sending tanks and security forces to besiege cities where residents have demanded reforms similar to those changing other parts of the Arab world.

At least 122 civilians taking part in the protests have been killed in Syria since Sunday, according to residents, witnesses and rights campaigners.

U.S. Secretary of State Hillary Clinton is due to meet expatriate Syrian political activists on Tuesday.

U.S. President Barack Obama said on Sunday he was appalled by the violence committed by the Syrian government and that he would work with allies to isolate Assad. Obama has said the Syrian leader has lost legitimacy and the U.S. is weighing more sanctions, including on Syria's oil and gas industry.