US not supplying arms to YPG: defense official 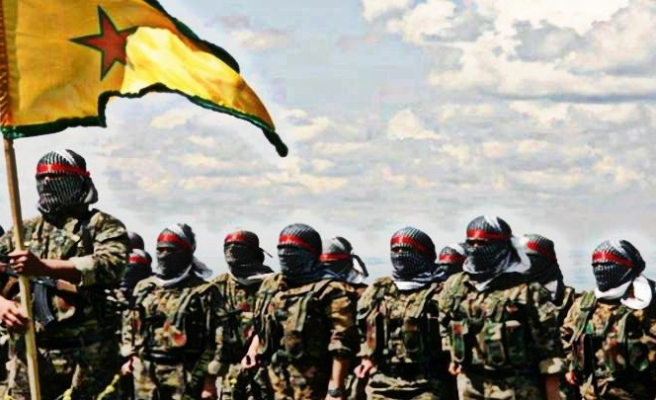 A recent U.S. airdrop of arms and ammunitions in Syria went to Syria Arab forces rather than Kurdish rebels, a Defense Department official said Tuesday.

A U.S. C-17 cargo aircraft dropped approximately 50 tons of ammunition to the Syrian rebel group during the weekend but it was yet to be clarified which groups they were and what the content of the airdrop was.

Col. Steve Warren, spokesman for U.S.-led coalition, told reporters that the group who received the air drop was the Syrian Arab Coalition “a group of smaller Syrian-Arab fighters who have, on their own, joined together to form a coalition”

“We learned about this group as a part of our ongoing operations in Syria,” he said. “Got to know the leader, we vetted the leader, we gave that leader some specific training on some of our specialized equipment, and now we have provided that leader and his forces with this 50 tons of ammunition.”

Warren said this is a new phase of the train and equip program for supporting Syrian rebels to fight ISIL.

A Defense Department official who spoke on the condition of anonymity, told Anadolu Agency that the Pentagon has designed the program to ensure a step-by-step accountability on the side of the rebel groups that are being provided with ammunition.

“So we deliver one load small arms ammunition; we will watch them closely and see how they use it, ensure that they are using it to fight ISIL,” he said. “We have measures of effectiveness built into this plan; both in terms of what their future shipments will be and in terms of what our airstrikes will be.”

He added that if the coalition of rebels make progress in the fight against ISIL, they will be supported with airstrikes and their packages will get heavier.

The official also affirmed that the weekend airdrop was not intended to enable the Kurdish People’s Protection Unit (YPG) rebels.
“We don’t give arms to YPG,” he said. “Currently we are working with the Sunni Syrian Arabs.”

The YPG is the military wing of Democratic Union Party (PYD), a Kurdish rebel group fighting ISIL in Syria.

The U.S.-led coalition has supported the group with airstrikes but the U.S. has been reluctant supply it with arms because the group is considered by U.S. ally Turkey as an off-shot of the PKK – designated a terrorist organization by Turkey, the U.S. and the EU.

The weekend airdrop was more than 100 bundles and was just the second since the U.S. dropped at least 23 bundles to Kurdish forces in Kobani last year.

According to Warren, the bundles were all ammunition, including for machine guns and assault rifles, as well as hand grenades, mortar rounds and rounds for rocket propelled grenades.

He said the groups are fighting only ISIL and are far from areas where Syrian President Bashar al-Assad regime forces are fighting.

The U.S.-led train and equip program for Syrian rebels have been on the hot seat for some time.

The $500 million program was put on “pause” last week after high profile setbacks, including the defection of trained fighters as well as U.S.-provided arms to fighters falling into the hands of groups the U.S. considers radical or terror organizations.

Warren said that the Pentagon has spent up to $300 million of the program’s budget to purchase equipment, including ammunition in the recent airdrop.