US: not unusual for troops to wear foreign insignia 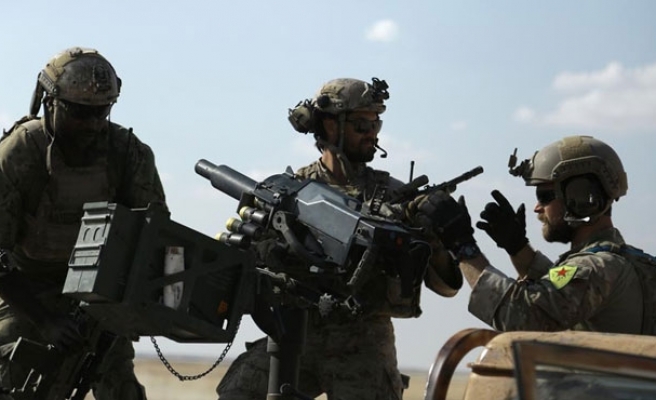 It’s not uncommon for U.S. special forces to wear foreign insignia on their uniforms when deployed abroad, a Pentagon spokesman said Thursday.

“When they operate in certain areas they do what they can to, if you will, blend in with the community to enhance their own protection, their own security,” Peter Cook told reporters. "Our forces need to take the steps that they need to take in order to carry out their mission and to protect themselves."

The photos depict the special operators near the frontlines of a Syrian Democratic Forces (SDF)-led offensive on ISIL's Syrian stronghold, Raqqa. At least one photo was allegedly taken at al-Fatisah, a small village 16 miles (25 kilometers) from the city.

The SDF primarily consists of fighters from the YPG -- armed wing of the PYD -- but also includes a host of Arab, Christian and other fighters.

Turkey views the PYD and YPG as the terrorist organization PKK's Syrian offshoots, and has designated both as terror groups, while Washington continues to support the YPG as an "effective partner" in the fight against ISIL.

The U.S. has provided air cover to the group and U.S. troops have been sent on an advise and assist mission to help the YPG fight ISIL.

"They are, again, in an advisory role to those forces. And they're going to continue to do that," he said.