US professor urges release of student held in Israel 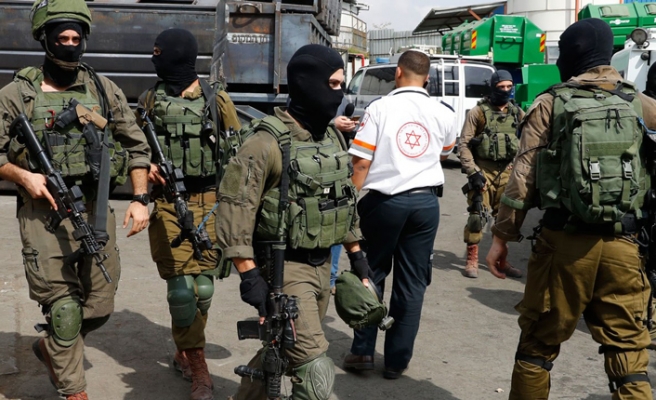 A professor at the University of Florida appealed Tuesday for the release of a former student who has been held by Israeli authorities for a week.

Lara Alqasem, a U.S. citizen, has been in Israeli custody since arriving at Ben Gurion International Airport last Tuesday with a valid student visa hoping to study law, human rights and freedom of travel at Hebrew University in Jerusalem.

Israeli officials are denying 22-year-old Alqasem entry based on allegations that she supported the Boycott, Divestment and Sanctions (BDS) movement, which urges businesses, educational institutions and celebrities to cut ties with Israel.

The movement has long been criticized by Israeli officials, and the Israeli parliament, known as the Knesset, passed a law in 2017 allowing authorities to deny entry to individuals who make public calls for a boycott of Israel.

Dror Abend-David, who taught Alqasem at the University of Florida, said he is "one of many people," including her former professors, who think she should be released and allowed to study immediately.

"Everyone who taught her was very impressed with her," he told Anadolu Agency. "There’s a very active group of professors here on campus who are working for her."

One of the proposals being floated, Abend-David said, is a reevaluation of the university's study abroad program in Israel.

That could effectively make Israel's policy of denying entry to BDS supporters an own goal.

When asked if he thought Israeli officials could ironically be accomplishing BDS' goals for the movement, Abend-David pointed to two works of Soviet-era Russian literature that he said "made the point that bureaucrats don’t see irony".

Hebrew University President Asher Cohen told Israel's Army Radio that Israel's actions could harm the university's anti-BDS efforts and could end up serving the movement instead, according to the Times of Israel.

Israel earlier Tuesday conditioned Alqasem's release on her issuing a public apology for her alleged support of the global boycott.

''If Alqasem comes forward tomorrow morning with her own voice, not with all sorts of lawyers' wisecracking and statements that could be construed this way or another – and declares that supporting BDS, she thinks today, is illegitimate and she regrets what she did on this matter, we will consider our stance,” Minister of Strategic Affairs Gilad Erdan said on Twitter on Tuesday.

Her first appeal against the Israeli decision to deny her entry was denied last week. A second appeal is expected to be heard in the coming days.

The U.S. State Department on Tuesday punted on questions about Alqasem's case, saying it is up to Israel to decide who it allows into the country.

Israeli officials and their supporters have regularly alleged the BDS movement is inherently anti-Semitic. But when asked if he thought Alqasem was anti-Semitic herself, Abend-David was unequivocal in his response.

“Lara was not anti-Semitic in any way, shape or form," he said. "She has been kind and polite and helpful with no hint that she felt badly of Israel or anyone who is connected with that country.”