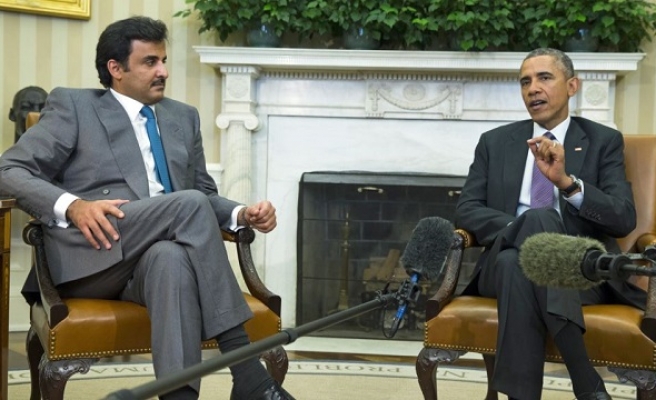 U.S. President Barack Obama and Qatar’s emir, Amir Tamim bin Hamad al Thani, on Thursday pledged support for the Syrian opposition during a telephone call in which they discussed talks on the crisis being held in Vienna, Austria.

"They reaffirmed the importance of close cooperation to establish the conditions for a successful political transition," said the White House.

The two leaders also agreed to contribute the Vienna talks planned for Friday.

Several Arab and European countries including Jordan, Germany and France are expected to join Saudi Arabia, Turkey, Russia and the United States who last began discussions to try to find a breakthrough in the crisis.

Obama and al Thani separately discussed Libya, underscoring their support for negotiations there that was brokered by the UN.

Earlier this week, Obama called Saudi King Salman bin Abdulaziz as part of efforts to end the Syrian civil war that has killed more than 250,000 victims while displacing more than half of the country’s pre-war population.