US relies on Saudi money to support Syrian rebels

The arming and training support of Syrian rebels by the US has been funded through Saudi writing checks for the CIA. 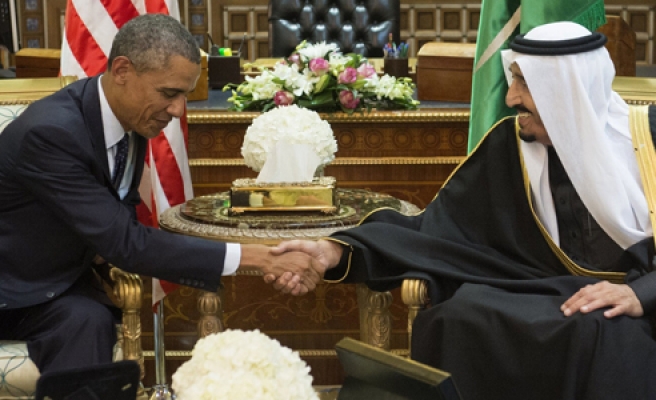 The decision to arm  Syrian rebels came in 2013 and  was named Timber Sycamore for the rebel-training mission in Syria.

Under this deal, both current and former administration officials said, the Saudis contribute both weapons and large sums of money, and the C.I.A takes the lead in training the rebels on AK-47 assault rifles and tank-destroying missiles. Through decades of proxy wars in Africa and the Iran contrabrand deal, Saudi has continued to write the checks for the US to maintain their spying activities in the region.

The alliance has stayed alive over mutual self-interest - the US has not publicly condemned execution of a Shiite scholar earlier this month and stayed mum over Saudi human rights abuses. Although the Saudis have been public about their help arming rebel groups in Syria, the extent of their partnership with the C.I.A.’s covert action campaign and their direct financial support had not been disclosed.

According to a report in The New York Times, despite the fact that the Saudis have been public, just to what extent has never been disclosed. Details were of the support have been pieced together in interviews with a half-dozen current and former American officials and sources from several Persian Gulf countries. The majority of them spoke on the condition of anonymity as they were not authorized to discuss the program.

US officials have not disclosed the amount, however it is likely to be the largest from any other nation in order to battle against the Assad regime and estimated to run into billions.

The New York Times reports that spokesmen for both the C.I.A. and the Saudi Embassy in Washington have declined to comment.