'The critical thing is that all of the efforts need to be coordinated,' US Secretary of State John Kerry says 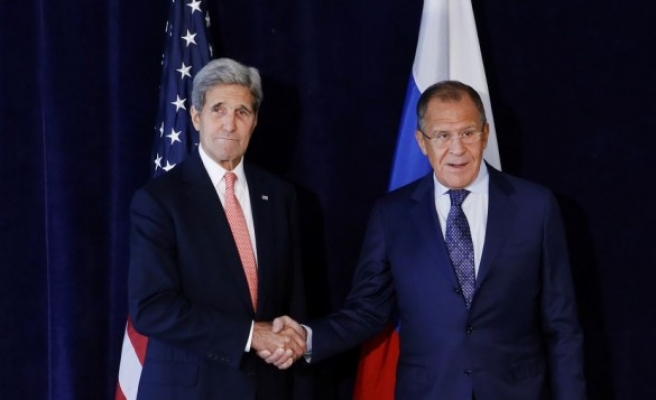 It is vital that there is coordination of all efforts, including those of the U.S. and Russia, in the fight against ISIL, America’s top diplomat said on Sunday.

“The critical thing is that all of the efforts need to be coordinated,” U.S. Secretary of State John Kerry told reporters at a joint press conference with his Russian counterpart Sergey Lavrov in New York.

Responding to a question about a new intelligence-sharing arrangement between Russia, Iraq, Syria and Iran, Lavrov said: "We coordinate the efforts against ISIL".

However, Kerry said that coordination between Washington and Moscow is yet undone. “This is not yet coordinated. We have concerns about how we’re going to go forward, but that’s precisely what we’re meeting on to talk about now,” he said.

“This is the beginning of a genuine effort to see if there is a way to de-conflict, but also to find a way forward that will be effective in keeping a united, secular Syria that can be at peace and stable again without foreign troops present, and that’s our hope,” Kerry added.

De-conflicting is diplomatic jargon for preventing unintended military encounters when fighting in the same theater.

A senior State Department official said that Kerry and Lavrov discussed a possible political transition in Syria, but pointed out that their conversation was preparatory for Monday's meeting between Putin and Obama.

"If the Russians are going to be more engaged in this theater, we have to de-conflict militarily. We also have to have a political way forward," the official said.

The U.S. is leading a coalition of over 60 countries to combat ISIL in Syria and Iraq, while Russia has reportedly been deploying heavy weaponry to an airbase outside of the Syrian coastal city of Latakia for a possible offensive against the extremist group.