US, Russia to hold military talks over Syria airstrikes 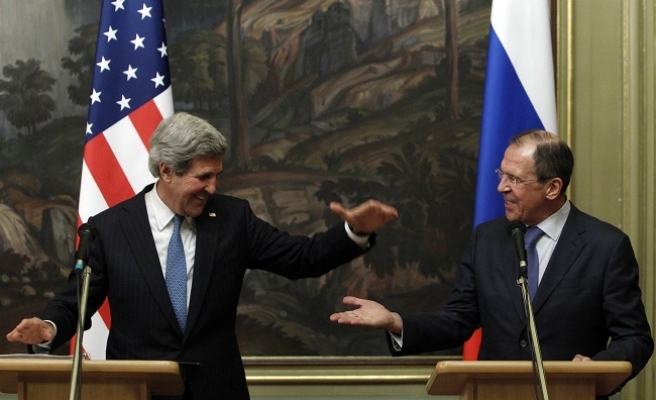 U.S. and Russian militaries will start holding meetings soon to avoid running into each other in Syria, U.S. Secretary of State John Kerry and his Russian counterpart Sergey Lavrov said Wednesday.

Kerry reiterated the U.S.' fears that the true targets of the raid were non-ISIL opposition groups.

"We need clarity with respect to them. It is one thing obviously to be targeting [ISIL]. We are concerned obviously if that is not what is happening," he said.

According to the Syrian National Coalition, the main Western-backed opposition group, Russian airstrikes resulted in the deaths of 36 civilians, including five children.

A U.S.-led coalition has been conducting air raids against ISIL terrorist group in Syria since September.

The U.S. top diplomat said: "It is imperative to find a solution to this conflict and to avoid escalating it anyway or seeing it intensified by forces beyond anybody's control.”

For his part, Lavrov said the U.S. and Russian militaries would soon "get in touch and establish channels of communication to avoid any unintended incidents".