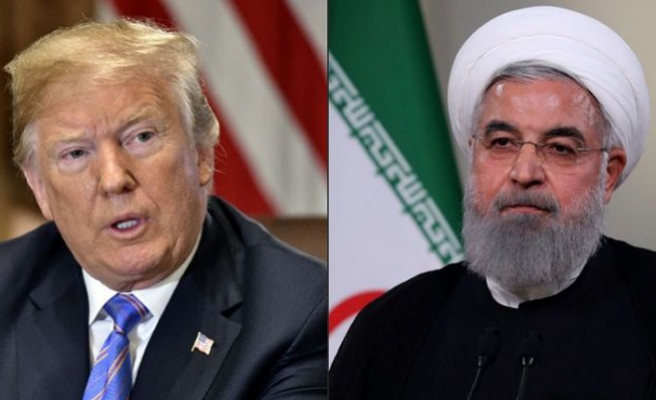 “Their final goal is to delegitimize the Islamic establishment,” Rouhani said in a speech cited by the official IRNA news agency.

“They have started with a mental war and an economic war to delegitimize us,” he said. “There has been no government in the U.S. more hostile than the current administration against Iran and the Islamic establishment.”

The Iranian leader said Washington unilaterally withdrew from the 2015 nuclear deal between Tehran and the P5+1 group of nations -- the five permanent UN Security Council members plus Germany.

“The U.S. quit the international multilateral deal without any reason,” he said. “Iran showed prudence, didn’t haste, and unhurriedly announced that we wait a few weeks to see what other countries will do.”

“We will quit the deal whenever we want. Quitting is easy, like bringing a wall down; building it is hard,” Rouhani said.

U.S. President Donald Trump has reinstated U.S. sanctions on Tehran, which had been lifted under the terms of the nuclear agreement in exchange for restrictions on Iran’s nuclear energy program.

The sanctions are expected to impact Iranian oil exports, which provide Tehran with the revenue needed to finance its national budget.