After a day of meetings in Kuwait, U.S. Defense Secretary Ash Carter acknowledged some room for improvement, broadly suggesting some allies could contribute more to the fight 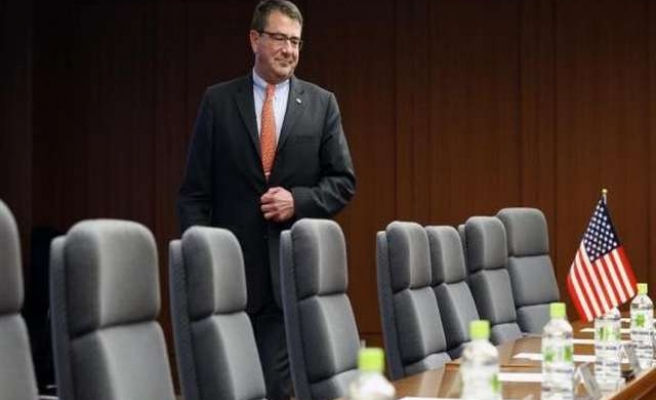 New U.S. Defense Secretary Ash Carter said on Monday America had the right "ingredients" of a strategy to combat ISIL, emerging from talks with top U.S. military and diplomatic leaders without hinting at any fundamental shift in the campaign.

After a day of meetings in Kuwait, Carter acknowledged some room for improvement, broadly suggesting some allies could contribute more to the fight and saying the United States needed to be more aggressive on social media struggling with ISIL.

But, in comments likely to frustrate Republican critics of President Barack Obama's strategy who are pressing for major shifts, Carter also signaled the United States was broadly on the right track in Iraq, Syria and beyond.

He also received an operational update from Lieutenant General James Terry, the senior U.S. commander of operations against the ISIS in Syria and Iraq. Terry was upbeat in comments to reporters traveling with Carter and noted an Iraqi offensive to retake the town of al-Baghdadi.

"My assessment is ISIS is halted, on the defensive," Terry said.

Carter did not single out any countries but U.S. officials have previously made no secret of their desire to extract additional support from allies, including NATO ally Turkey.

Carter also stressed the group's successful exploitation of social media, which militants use to recruit.

"There are pieces of execution (of the strategy) where I think he believes we can do a better job ... But he fundamentally believes the strategy is sound and is working," a U.S. defense official said, speaking on condition of anonymity.