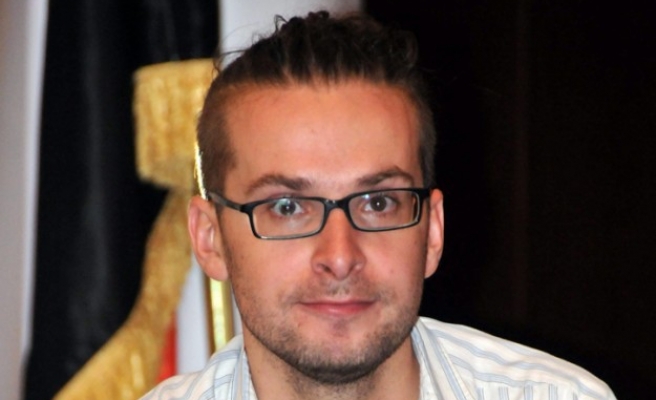 A U.S. journalist and a South African teacher held by al Qaeda militants in Yemen were killed during a rescue attempt by U.S. and Yemeni forces, senior officials said on Saturday.

Major General Ali al-Ahmadi, chief of the national security bureau in Yemen, said Somers was killed during the raid and other hostages held by the group had been taken to field hospitals, but gave no details about them or their condition.

Somers was removed from the scene but died later from a wound he suffered during the rescue attempt, a senior official in the Yemeni president's office said.

"We received with sadness the news that Pierre was killed in an attempt by American Special Forces, in the early hours of this morning, to free hostages in Yemen," it said in a statement on its website.

Yemen's Defence Ministry had earlier said that a military operation had succeeded in freeing a U.S. hostage as well as killing 10 members of the al Qaeda group holding him.

The operation involved an air strike followed by a raid by U.S. and Yemeni forces, a local security official said. It took place in the Wadi Abdan Al Daqqar region of Shabwa Province in southern Yemen and targeted a group headed by Mubarak al-Harad.

Hagel said the attempt to free the captives was justified. "There were compelling reasons to believe Mr. Somers' life was in imminent danger," Hagel said in Kabul.

On Thursday, the United States said it had made a failed attempt last month to rescue Somers who was kidnapped in Sanaa in September 2013.

A video posted by al Qaeda in the Arabian Peninsula (AQAP) on Wednesday purported to show Somers and threatened to kill him if unspecified demands were not met.

"On behalf of the American people, I offer my deepest condolences to Luke's family and to his loved ones," he said in a statement.

"As this and previous hostage rescue operations demonstrate, the United States will spare no effort to use all of its military, intelligence and diplomatic capabilities to bring Americans home safely, wherever they are located.

"And terrorists who seek to harm our citizens will feel the long arm of American justice," he said.

Obama said he authorized the raid on Friday to rescue Somers and other hostages held in the same location. He said the United States had used every tool at its disposal to secure Somers' release since his capture 15 months ago.

He also thanked the Yemen government for its support.

"Luke was a photojournalist who sought through his images to convey the lives of Yemenis to the outside world," Obama said.

"The callous disregard for Luke's life is more proof of the depths of AQAP's depravity, and further reason why the world must never cease in seeking to defeat their evil ideology," he said.