According to the Defense Intelligence Chief, the Russian support has given Assad a much better position to negotiate with world powers 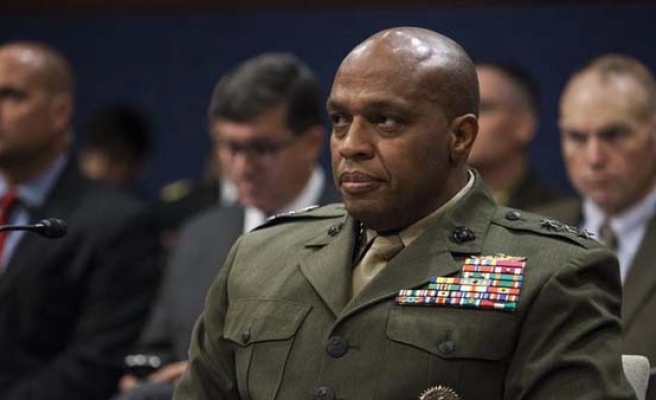 Speaking to lawmakers at the Senate Armed Services Committee, Defense Intelligence Agency Director Vincent Stewart said Moscow’s military support has made Assad “much stronger” than he was six months ago.

“He's in a much stronger negotiating position, and I'm more inclined to believe that he is a player on the stage longer term than he was six months to a year ago,” Stewart said. “He's in a much better position.”

Russia began an independent air campaign last September to strike what it calls terrorists in Syria, including ISIL.

But critics have maintained that Moscow’s strikes, predominantly in the northwest of the country, have primarily been geared toward strengthening Assad’s battlefield positions.

The Syrian army has made strides over the past few months with Russian air cover and the support of allied militias, including Lebanon’s Hezbollah.

Most recently it has begun to seize positions long held by rebel forces around Aleppo. The gains could serve to provide the Syrian government with the ability to besiege Syria’s second city, opponents have warned.

Prior to Russia’s intervention, the Syrian army suffered significant setbacks by rebel and jihadist groups.

"Sunni violent extremism has been on an upward trajectory since the late 1970s and has more groups, members, and safe havens than at any other point in history,” he told senators on the Senate Intelligence Committee alongside his FBI, and CIA counterparts.

“The United States will almost certainly remain at least a rhetorically important enemy for most violent extremists in part due to past and ongoing US military, political, and economic engagement overseas,” he added.

He also cautioned that Shiite extremism supported by Iran will likely worsen already tumultuous sectarian tensions in the region.

In a particularly terse standoff over the CIA’s alleged spying on Senate staffers, Sen. Ron Wyden chided CIA Director John Brennan for what he said is the agency’s failure to acknowledge the breach.

“When you’re talking about spying on a committee responsible for overseeing your agency, in my view that undermines the very checks and balances that protect our democracy and it’s unacceptable in a free society,” the Oregon Senator said, referring to the 2014 incident.

Visibly perturbed, Brennan shot back, demanding that Wyden “not say that we spied on Senate computers or your files! We did not do that!”

Wyden responded by reading from an Inspector General report that claimed there was “improper access” by CIA staff.

Brennan begrudgingly relented, acknowledging that there had been “very limited inappropriate actions” by the CIA.