US Syrian envovy to meet foreign officials to end crisis

Michael Ratney will travel to Russia, Saudi Arabia and Switzerland to continue talks to end to Syrian crisis 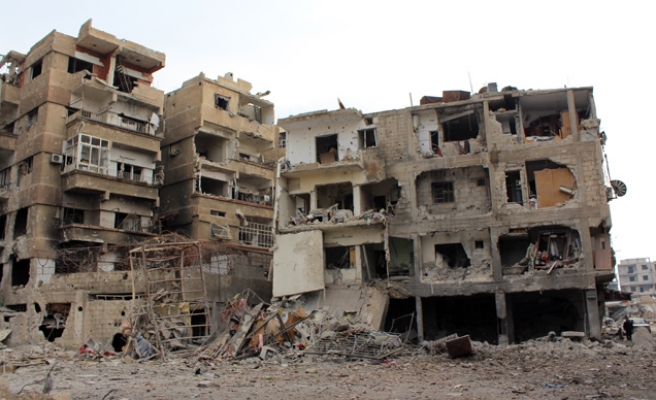 The U.S. announced Thursday that its top Syrian envoy will meet with officials in Russia, Saudi Arabia and Switzerland during the next few days to find an end to the Syrian conflict based on the Geneva Communique.

Michael Ratney’s visit is considered particularly important as the U.S. and Russia have different views about how to end the crisis in Syria.

Russia supports the government of Syrian President Bashar al-Assad as being part of a solution in Syria, while the U.S. has repeatedly said that it seeks a political transition without Assad.

"These discussions are just at their beginning, which is why it's so important that you know, Mr. Ratney is going," Kirby said.

Days later, Kerry again met Lavrov in Malaysia during a meeting of the Association of Southeast Asian Nations.

Kirby said after Kerry's last meeting in Doha the U.S. began to believe there was an "opportunity to begin to work with Russia and with Saudi Arabia" on Syria.

The Geneva Communique, introduced in 2012 by U.N. peace envoy to Syria, Kofi Annan, is a road map to a political solution in Syria that in part calls for Assad to relinquish power.