US tells nuclear-armed Israel, Iran is one year from atomic bomb

The United States has persuaded nuclear-armed Israel that Iran would take one year or longer to build a nuclear weapon, The New York Times said. 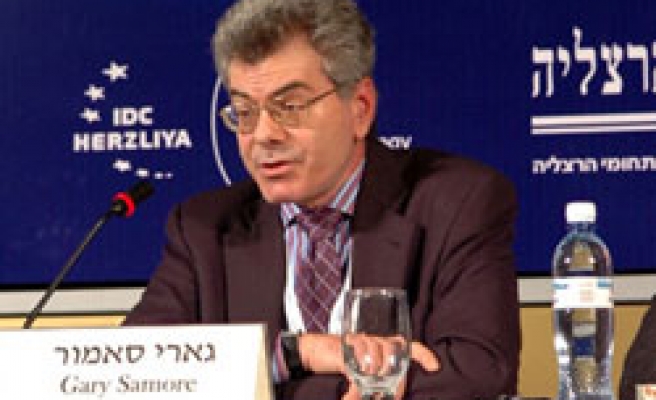 The United States has persuaded nuclear-armed Israel that Iran would take one year or longer to build a nuclear weapon, dimming the prospects of an attack on Iran's nuclear facilities, The New York Times said.

"We think that they have roughly a year dash time," President Barack Obama's top advisor on nuclear issues Gary Samore was quoted as saying in the daily's online edition.

By "dash time," the official referred to the shortest time Iran would take to build a nuclear weapon, judging from its existing facilities and capacity to convert stocks of low-enriched uranium into weapons-grade material, a process known as "breakout."

The newspaper cited White House officials saying they believed the assessment had dimmed prospects of a pre-emptive Israeli strike against Iran's nuclear facilities within the next year.

"A year is a very long period of time," Samore said.

He said the United States believed international inspectors would detect such a move by Iran within weeks, leaving a considerable amount of time for Washington and Israel to consider military strikes, the Times reported.

U.S. and Israeli officials now believe Iran would not be close to that stage anytime soon, the Times reported, citing administration officials who spoke on condition of anonymity.

U.S. officials cited "evidence of continued troubles inside Iran's nuclear program" as the basis for the new assessment of how long it would take Tehran to build a nuclear weapon, the Times reported.

"Either they don't have the machines, or they have real questions about their technical competence," Samore told the newspaper.