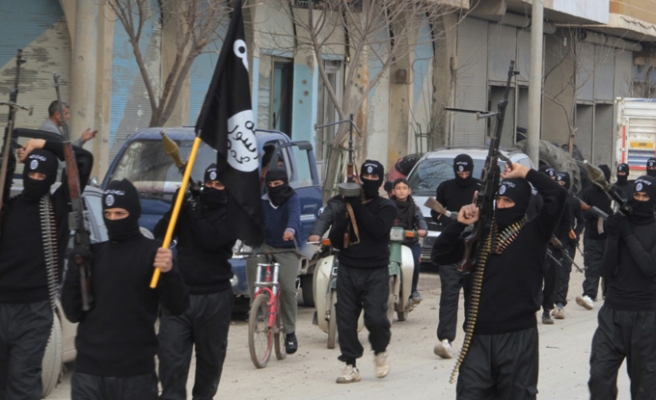 The U.S.-led anti-ISIL coalition  is preparing to open a major front in northeastern Syria, aiming to put pressure on Raqqa, the armed group's de facto capital, according to military and administration officials.

Obama ordered the Pentagon, for the first time, to directly provide ammunition and some weapons to Syrian opposition forces on the ground. He also endorsed the idea for an increased air campaign from an air base in Turkey, although important details still need to be worked out.

According to the plans, backed by coalition warplanes some 3,000-5,000 Syrian fighters as well as around 20,000 Kurds will jointly put great pressure on Raqqa city, ISIL's actual stronghold. The U.S. also expects Syrian opposition groups to contribute to the plan by sealing an important 60-mile part of the country's border with Turkey to cut off critical supply lines of the enemy.

U.S. President's new approach relies on Arab fighters whose commanders have been screened by American forces and Kurdish fighters who are more battle-tested and whose loyalties Washington can count on.

The new offensive holds promise and may change the dynamics on the ground. But it comes a year after the U.S.-led coalition started a campaign against the ISIL that is now "tactically stalemated."

The American push would be conducted far from the brunt of the Russian air campaign in western Syria. That Russian operation has been directed largely at Syrian groups that oppose President Bashar al-Assad, and is only nominally aimed at the ISIL, the U.S. officials said.

The cornerstone of the new offensive would be the Kurdish force in the northeast of as many as 20,000 fighters assisted by Syrian Arab Coalition (3,000-5,000 fighters).

Under planning for the northern offensive, coalition air power at the Incirlik air base in Turkey would also be expanded. More nations could base aircraft there. Australia, France and Turkey have all recently starting flying strike missions against targets in Syria.

By gradually expanding the area of the coalition’s air operations, the administration could protect more U.S.-backed forces and possibly hem in Russia's own operations, according to European and American officials.

The administration's new plan, which was devised before the Russian buildup in Latakia, Syria, has not been coordinated with Russia, an administration official said, and the United States made it clear last week that its campaign against the ISIL would not be thrown off course by the Russian strikes.

In addition, the United States and Turkey continue detailed planning to use Syrian opposition fighters to close a 60-mile stretch of border from the Euphrates River west to Kilis. The two countries reached agreement in late July on the basic concept, but now detailed planning is going forward on the assumption that Obama and Turksih President Recep Tayyip Erdogan will bless it when it is done.