US told Iran of its plan to attack ISIL, assured Assad not targeted 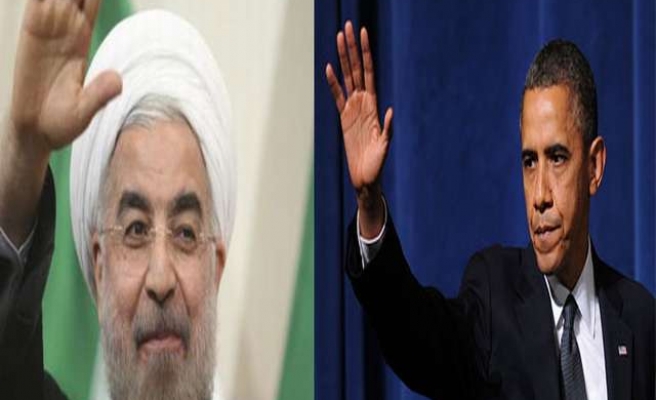 The United States informed Iran in advance of its intention to strike ISIL militants in Syria and assured Tehran that it would not target the forces of Syrian President Bashar al-Assad, a senior Iranian official told Reuters.

The communication, confirmed in part by a senior U.S. State Department official, may signal the estranged foes are inching toward a level of contacts rarely seen in over three decades since the 1979 Islamic revolution when a hostage crisis prompted Washington to sever ties with Tehran.

Speaking on condition of anonymity, the senior Iranian official said Tehran had voiced concern for Assad, its closest regional ally and the recipient of Iranian military support during a Syrian civil war now in its fourth year.

"Iran was concerned about Assad's position and his government being weakened in case of any action against IS (ISIL) in Syria and brought this issue up in meetings with Americans," the senior Iranian official said.

"This issue was first discussed in Geneva and then was discussed thoroughly in New York where Iran was assured that Assad and his government will not be targeted in case of any military action against Daesh (ISIL) in Syria."

The Iranian official said Iran was informed separately in advance of the airstrikes launched by Washington and Arab allies against ISIL positions in Syria for the first time.

Asked about the assurance that Syrian government forces would not be targeted, the senior U.S. State Department official told Reuters: "We communicated our intentions, but not specific timing or targets, to the Iranians. As we've said, we won't be coordinating military action with Iran. And of course we won't be sharing intelligence with Iran either."

The public communication has included some mixed signals.

Both Iran and the United States acknowledge having an interest in defeating ISIL.

Tehran has called on the world to fight the militants, who stand accused of a wave of violence, beheadings and massacres of civilians while taking over swaths of territory in Syria and Iraq.

Speaking to senior editors in New York, Iranian President Hassan Rouhani stopped short of endorsing or condemning the airstrikes by the United States and Arab allies, though he raised questions about its legality.

He described this week as an important one for his country's talks with world powers, including the United States, which are meant to forge a long-term accord by Nov. 24 that would end sanctions on Iran in exchange for curbs on its nuclear program.

Iranian Supreme Leader Ayatollah Ali Khamenei has ruled out cooperating with the United States to tackle the militant group.

But other Iranian officials have told Reuters that Tehran would be ready to work with Western powers to stop the militants in return for concessions in the nuclear talks on Tehran's uranium enrichment program.

On Monday the White House said it would refuse to connect nuclear talks, under way on the sidelines of the U.N. General Assembly in New York this week, with the fight against the militant group.

Iranian officials told Reuters privately that Iran already was cooperating with Washington in the fight against the rebels.

Tehran's leadership has approved the "idea of cooperation with the Americans," he said, because it serves Iran's interests.

Iran has occasionally shared classified information with Washington, including during the U.S. invasion of Afghanistan and the conflict in Iraq.