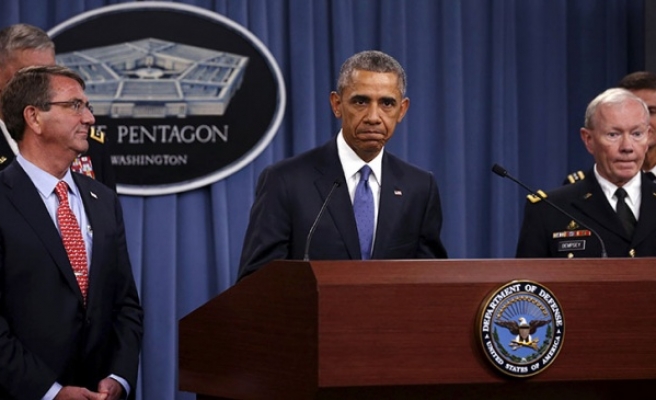 The U.S.’s “train and equip” program for Syria “did not work”, President Barack Obama said in a TV interview broadcast Sunday night.

Obama said he had been skeptical of the plan to train 5,000 fighters to combat ISIL in Syria but he felt compelled to test the plan.

“I've been skeptical from the get-go about the notion that we were going to effectively create this proxy army inside of Syria,” the president told CBS’s Steve Kroft.

“My goal has been to try to test the proposition. Can we... train and equip a moderate opposition that's willing to fight ISIL? And what we've learned is that as long as Assad remains in power, it is very difficult to get those folks to focus their attention on ISIL.”

Speaking from the White House’s Roosevelt Room, he added: “Look, there's no doubt that it did not work. And one of the challenges that I've had throughout this heartbreaking situation inside of Syria is that you'll have people insist that all you have to do is send in a few truckloads full of arms and people are ready to fight.”

The interview was conducted as the military situation in Syria becomes more difficult with Russian airstrikes on forces facing President Bashar al-Assad’s troops on the ground.

Last week, the Pentagon announced a pause in the train and equip program for moderate Syrian opposition groups after the $500 million scheme failed to produce a credible force. Reports claim some of the U.S.-trained fighters defected to groups such as al-Nusra Front.

Describing the Syrian conflict as a “difficult problem for the entire world community”, Obama recognized that the U.S. had been unable to “change the dynamic inside of Syria”.

He said there were no “silver bullets” to resolve the conflict, which has seen more than 250,000 Syrians killed, and reaffirmed his opposition to “try to reinsert ourselves in a military campaign inside of Syria.”

One of America’s priorities is to support moderate groups to persuade Russia and Iran to pressure Assad into accepting change, he added.

Asked if the U.S. was “throwing in the towel”, Obama outlined the “enormous” military presence in the Middle East but said it would be a bad strategy to establish America as “not just the police, but the governors of this region.”

Touching on next year’s presidential election campaign, he dismissed Donald Trump’s chances of becoming U.S. president, despite his favorable position among Republican candidates in opinion polls.

Trump has adopted an anti-immigration stance that Obama said appealed to Republican supporters.

And he defended potential Democrat candidate Hillary Clinton - who served as Obama’s secretary of state - over the use of a personal email account for official state department work.

“I can tell you that this is not a situation in which America's national security was endangered,” he said.