US, UK to up support for Syrian opposition, slam regime

The U.S. government wants $1 billion to stabilize Syrian neighbors and $500 million to go to vetted rebels. 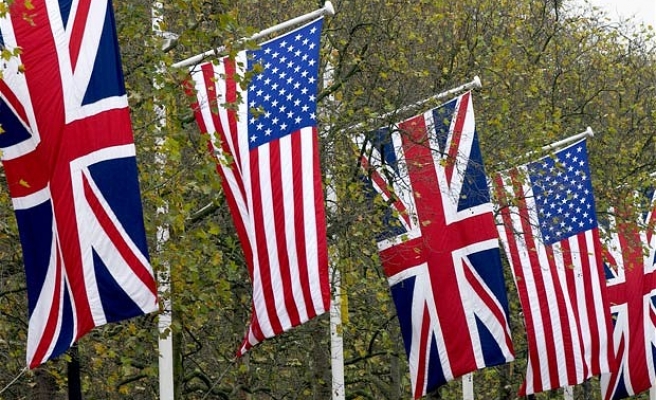 The Obama administration asked the U.S. Congress Thursday to authorize $500 million to train and equip moderate elements in the armed Syrian opposition.

“This request marks another step toward helping the Syrian people defend themselves against regime attacks, push back against the growing number of extremists like ISIL who find safe-haven in the chaos, and take their future into their own hands by enhancing security and stability at local levels,” Hayden said in a statement.

Hayden added that the U.S. does not believe that there is a military solution to Syria’s conflict, now in its fourth year.

An additional $1 billion will be used to help stabilize Syria’s neighbors, including Turkey, Jordan, Lebanon and Iraq, as they cope with the fallout from Syria's crisis.

Both the stabilization initiative and arms and training program are part of the administration's overseas operations budget request.

US warns Syria over involvement in Iraq turmoil

The U.S. State Department on Thursday warned the Syrian government against involvement in the ongoing crisis in neighboring Iraq following airstrikes in the west of the country.

But the State Department voiced its opposition to Syrian involvement in Iraq.

“To be very clear, Iraq's security situation cannot and should not be resolved by the Assad regime, by airstrikes from the Assad regime or by militias funded and supported by other countries in the region stepping in,” Marie Harf, State Department deputy spokeswoman, said.

“I'm not sure how anything the Assad regime could do could be anything other than inflaming sectarian tensions.”

Harf did not rule out a positive role for Iran in Iraq but urged any foreign involvement in Iraq to refrain from sectarianism. She added that while Iran and the U.S. share a common enemy in ISIL, they do not share strategic interests.

“Iran could play a constructive role if it did things to promote an inclusive government,” said Harf. “That is very different than an Assad regime which is responsible in large part for the rise in strength of ISIL, who have created a security situation where ISIL could flourish.”

The U.K. supports the Syrian's opposition against the Assad regime and the ISIL rebels, as it holds the Syrian regime responsible for the ongoing violence in Iraq, British Foreign Secretary said on Thursday.

Foreign Secretary William Hague arrived in Baghdad on Thursday to meet political leaders to discuss the growing crisis the country faces caused by the advance of militant Sunni insurgents led by the Islamic State of Iraq and the Levant (ISIL).

Hague said ISIL is carrying out similar crimes in Syria and believes “the Assad regime bears a direct responsibility for creating the conditions in which this terrorism can thrive.”

“The message from the United Kingdom is very clear,” said Hague in a statement, “We urge all Iraq’s leaders and communities to unite.”

Hague stated that the expansion of ISIL rebels would have enormous consequences for Iraq and its neighbors’ stability and freedom.

“We believe the single most important factor that will determine whether or not Iraq overcomes this challenge is political unity,” Hague said.

Iraqi security forces have been unable to turn back rebels led by the Islamic State of Iraq and the Levant (ISIL) as they advance from the north and west of the country towards the capital Baghdad.

ISIL rebels, which already had control of parts of Syria, seized Iraq's second-largest city Mosul on June 10 and have captured a number of other towns in the north including Tikrit and Tal Afar. They also hold control of Al Qaim, Rawah, Anah, Ratba and Haditha in the western province of Anbar.