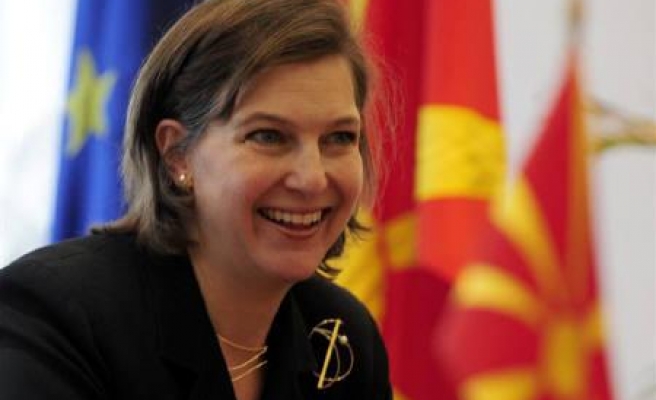 The U.S. State Department said on Monday that it was unable to confirm published reports that the Syrian navy has shelled the port city of Latakia.

"We have been unable to confirm, actually, the use of naval assets," U.S. State Department spokeswoman Victoria Nuland told reporters at her daily briefing, saying she was referring to reports of shelling of the port city of Latakia.

"We have seen reporting of this. We have not seen this firing ourselves," Nuland added, saying the jury was still out on the issue. "However, we are able to confirm that there is armor in the city and that there is firing on innocents again in the pattern of carnage that you have seen in other places."

Around 20,000 people have been rallying daily to demand Syrian President Bashar al-Assad's removal in different areas of Latakia after Ramadan evening prayers, said one witness, a university student.

The official state news agency denied the city was shelled from the sea and said two police officers and four unidentified armed men were killed when "order preservation forces pursued armed men who were terrorizing residents ... and using machine guns and explosives from rooftops and from behind barricades."

Assad, from Syria's minority Alawite sect, has broadened a military assault to try to crush a five-month-old street uprising since the start of the Muslim fasting month of Ramadan on Aug. 1, when daily protests against 41 years of the Assad family rule gathered momentum.

Latakia is the latest city to be stormed after Hama, scene of a 1982 massacre by the military, the eastern city of Deir al-Zor, capital of a tribal province bordering Iraq's Sunni heartland, and several towns in the northwestern Idlib province, which borders Turkey.