US urges its citizens to leave Syria immediately

The State Department warned that given the "ongoing uncertainty and volatility" U.S. citizens are urged to leave immediately while transportation is still available. 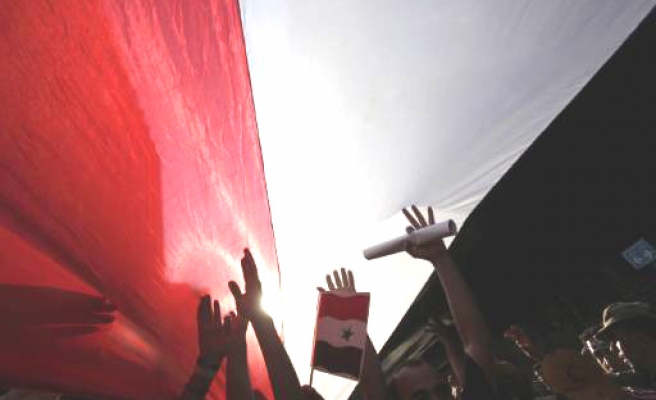 Americans in Syria are encouraged to leave and travel to the country should be postponed, the U.S. State Department said on Friday following widespread violence that has pitted thousands of protesters against the government.

The State Department warned that given the "ongoing uncertainty and volatility" U.S. citizens are urged to leave immediately while transportation is still available. The advisory also encouraged Americans who remain to limit any nonessential travel within the country.

Syrian security forces on Friday killed at least 18 protesters in attacks on tens of thousands of protesters who poured into the streets to demonstrate against the rule of President Bashar al-Assad on the first Friday of the Muslim fasting month of Ramadan.

The four-month-old uprising has grown increasingly violent in recent days as tanks have launched an attack on the central city of Hama in an effort to quell pro-democracy protesters. An estimated 300 people have been killed since the military assault began on Sunday on the city of 700,000 people in central Syria.

The Syrian protesters are defying a bloody military crackdown on uprisings that began in March against some 41 years of Assad family domination.

The White House said U.S. President Barack Obama and leaders from France and Germany have agreed to take measures to pressure Assad over his crackdown, but so far they have not outlined what those steps might be.