U.S. warns citizens of threat against malls in Jordan

US embassy says it has received credible threat of an attack in Jordan. 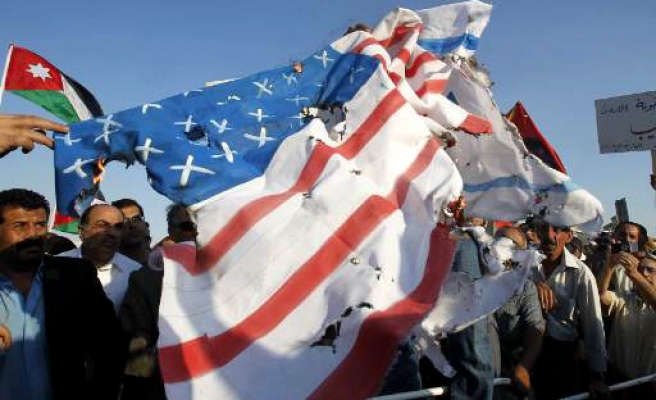 The U.S. embassy in Amman has warned its citizens to avoid upscale shopping malls in the Jordanian capital, saying it had received what it called credible information that they could be targeted by militants.

In a statement posted on its website late on Wednesday, the embassy said militant groups "have repeatedly expressed interest in attacking so-called soft targets, such as malls and restaurants, in Jordan".

Jordan, a staunch U.S. ally, has stepped up its role in a U.S.-led military campaign against ISIL militants in Syria since they burned to death a Jordanian pilot whose fighter jet was downed during a coalition bombing raid against them.

Al Shabaab, the Somali militant group, last week threatened shopping malls in the United States in a video. The embassy statement made no mention of that threat.

"The U.S. Embassy has received information of a potential threat against high-end malls in Amman," it said. "The threat is judged to be credible, although the possible time frame and type of threat are unknown."

The statement added that Jordan had "taken steps to increase security at these locations".

Jordan has detained scores of ISIL sympathisers and supporters in recent months and stepped up security around sensitive government areas and embassies.

Officials say its security forces were vigilant against long-standing militant threats to stage attacks on Westerners, embassies and public places.