US warns Russia over military support for Assad 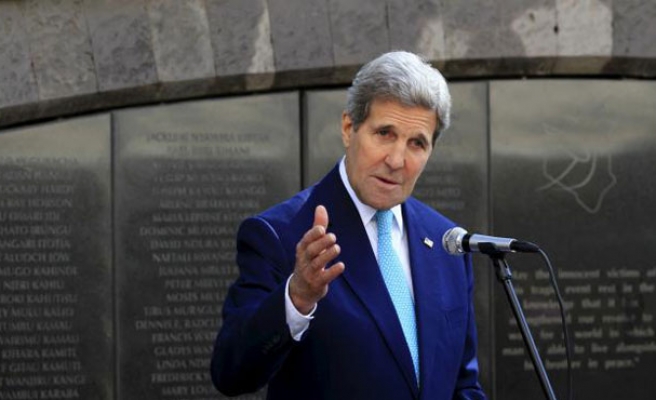 “Continued military support for the regime by Russia or any other country risks the possibility of attracting more extremists and of entrenching Assad in a way that hinders the potential for resolution,” Kerry told a joint news conference with German Foreign Minister Frank-Walter Steinmeier in Berlin.

Kerry’s comments came after reports of intensified military support and arm deliveries to the Assad regime by Russia.

Kerry repeated the U.S. position that although Assad must relinquish power, the timetable for his departure could be negotiated.

“There can be no solution without a transition in power, as the Geneva process has affirmed, and which Russia has signed up to,” he said. “It would be delusional to believe that Bashar al-Assad can ever unite or govern a peaceful Syria.”

Kerry claimed the U.S. decision to conduct talks with Russia’s military did not imply a change of policy but was “de-confliction” to avoid accidents and to establish a plan to fight ISIL.

Turning to the outpouring of refugees from Syria, Kerry revealed the U.S. would accept “at least” 85,000 migrants. “And I underscore ‘at least’. It is not a ceiling, it is a floor,” he said.