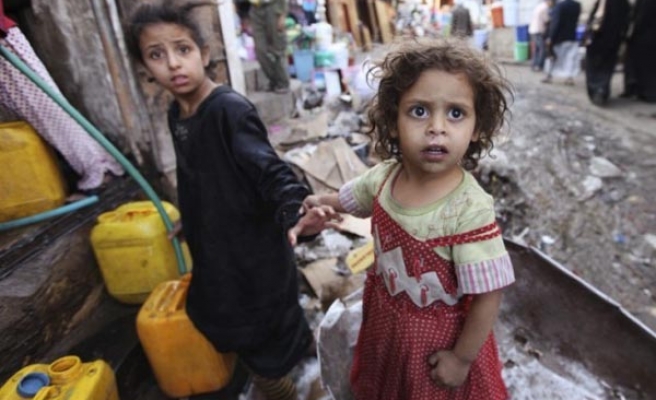 A Saudi announcement that major combat is nearing an end in Yemen was welcomed by Washington Thursday, as the death toll from alliance air strikes on a market rose to 119.

The United Nations childrens' agency gave the new toll, nearly three times that previously reported, for the Saudi-led strikes on the market this week in northern Yemen's rebel-held Hajja province.

It is one of the deadliest incidents since coalition forces intervened on March 26 last year to support President Abedrabbo Mansour Hadi after rebels seized large parts of Yemen including the capital Sanaa.

Medics and tribal sources had previously reported 41 people killed in the strikes, and a health official in Hajja said the dead were civilians.

But a tribal chief close to the rebels on Wednesday told AFP that 33 of those killed were fighters of the Iran-backed Huthis.

Brigadier General Ahmed al-Assiri, the coalition spokesman, said the strikes targeted "a militia gathering" in a place for buying and selling qat, a mild narcotic that is chewed throughout Yemen.

In an interview on Wednesday, he told AFP that "we are in the end of the major combat phase," to be followed by the creation of a stable security situation, then reconstruction.

The White House welcomed the statement.

"We have expressed our concerns about the loss of innocent life in Yemen, the violence there that is plaguing that country has caught to many innocent civilians in the crossfire," spokesman Josh Earnest said.

"We would welcome and do welcome the statement from coalition spokesperson Saudi General Ahmed al-Assiri who indicated today that major operations in Yemen are coming to an end and that the coalition will work on 'long-term plans' to bring stability to the country."

Supported by air strikes and some coalition ground troops, anti-rebel forces have retaken territory, including much of the south.

But they have failed to dislodge the Zaidi Shiite rebels from Sanaa or to completely remove them from the country's third city Taez where intense battles continue.

Rights groups have raised concerns about civilian casualties caused by the coalition as well as by the Huthis, who are allied with elite troops loyal to former president Ali Abdullah Saleh.

Among those killed in Mastaba district on Tuesday were 22 children, while another 47 people were wounded, UNICEF said.

"We strongly deplore the deadliest attack in Al-Khamees market in Mastaba district of Hajja governorate," it said in a statement.

The agency urged all parties "to fully respect their obligations under international humanitarian and human rights laws".

UN Secretary General Ban Ki-moon on Wednesday demanded an investigation into the bombing.

He called it "one of the deadliest -- reportedly killing and wounding scores of civilians, including women and children -– since the start of the conflict".

A panel of UN experts has said the coalition carried out 119 sorties that violated humanitarian law, and called for an international probe.

Following that UN report, the Saudi-led coalition announced in late January that an independent inquiry would examine charges of possible abuses against civilians in the conflict.

Assiri told AFP on Wednesday the independent panel is being formed nationally, not at the coalition level.

But the coalition itself has investigated various incidents "and we published some results," including the pilot "error" that led to damage at a Doctors Without Borders (MSF) facility, Assiri said.

In February, a coalition air strike on a market northeast of Sanaa killed at least 30 rebels and civilians, according to witnesses.

Jihadists have taken advantage of the conflict to gain ground in Yemen's south.

On Thursday, Al-Qaeda fighters shot dead three people accused of witchcraft in a public execution in Hadramawt, said an official in the southeastern province.

The World Health Organisation says more than 6,200 people have been killed in the conflict since March 2015 and the United Nations warned of a "human catastrophe unfolding in Yemen".