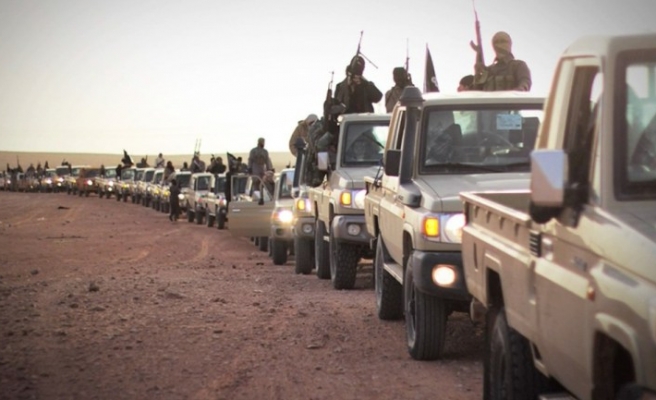 Iraq reportedly has begun bombing ISIL targets with the help of a new intelligence center operated by Russia, Iran and Syria. Such cooperation is raising concerns in Washington as it could harm U.S. interests in the region.

The U.S. reacted with obvious concern to such developments, especially since Russia started its own "anti-terrorist" operation in neighboring Syria, Russia's targets include ISIL and the opposition fighting against Bashar al-Assad, Moscow's longtime ally.

White House press secretary Josh Earnest said the U.S.-led coalition that was launched in Iraq more than one year ago "has worked effectively with the Iraqis to make progress against ISIL inside of Iraq."

"We believe those coordinated efforts through our counter-ISIL coalition will be more effective than the unilateral efforts of nations like Russia and Syria," Earnest said.

"We cannot shy away from confronting Russia in Syria, as Putin expects the administration will do. His intervention has raised the costs and risks of greater U.S. involvement in Syria, but it has not negated the steps we need to take. Indeed, it has made them more imperative," McCain said.

The U.S. criticism has had little effect on the pace of Russia's Syria campaign, which has allowed the embattled Assad government to launch a fresh ground offensive. The Russian Defense Ministry said Tuesday that its planes carried out 88 sorties targeting 86 sites in Raqqa, Hama, Idlib, Latakia and Aleppo provinces — a marked increase from the number reported in previous days.

The new security apparatus based in Baghdad, where the Obama administration hurriedly sent military advisers last year to counter the threat from the ISIL, suggests the U.S. is losing clout in the strategic oil-producing Middle East region. Iraqi officials, frustrated with the pace and depth of the U.S. military campaign against ISIL fighters, have said they will lean heavily on Washington's former Cold War rival Russia in the battle against the armed group.

Two Russian generals are stationed at the intelligence center in Baghdad, according to an Iraqi official. Al-Zamili, a leading Shiite Muslim politician, said each of the four member countries has six members in the intelligence sharing and security cooperation cell, which holds meetings in Baghdad’s fortified Green Zone, which once housed the headquarters of the U.S. occupation.

"We find it extremely useful," the Iraqi official said. "The idea is to formalize the relationship with Iran, Russia and Syria. We wanted a full-blown military alliance."

Iran, a longtime Middle East adversary of the U.S., already boasts deep influence in Iraq. Iranian military advisers help direct Baghdad's campaign against the ISIL, which aims to expand its self-proclaimed "caliphate" in the Middle East.

The Baghdad government and allied Iranian-backed Shiite armed groups that are leading the fight against the ISIL in Iraq, say the Obama administration lacks the decisiveness and the readiness to supply weapons needed to eliminate ISIL men in the region. U.S.-led airstrikes on ISIL fighters, who now control a third of Iraq, have failed to turn the tide of the conflict, which has sapped the OPEC oil producer's finances and fueled sectarian bloodletting.

A Pentagon spokesman, Army Col. Steve Warren, said he couldn’t verify the report of military cooperation among Iraq, Iran and Russia, but insisted that the U.S.-led coalition is having success against the ISIL.